Rabat- A delegation of the Istiqlal party, led by the party's Secretary General, Nizar Baraka, met Head of Government Saad Eddine El Othmani on Wednesday to review the finance bill (PLF 2018) aimed to boost investment, employment, and entrepreneurship, in response to concerns in the Rif. 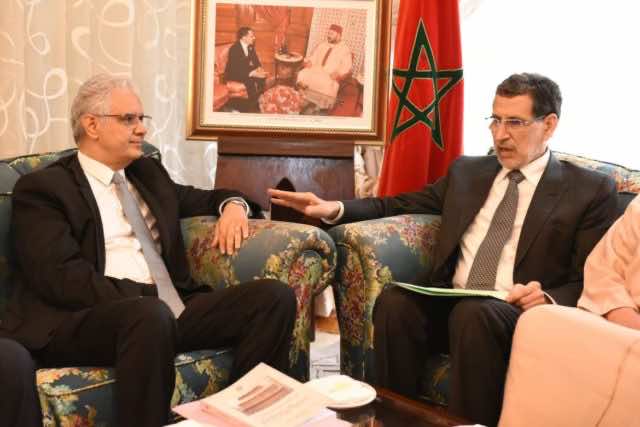 By
Ahlam Ben Saga
-
Ahlam Ben Saga is a Cultural Studies graduate from university Mohammed V of Literature and Humanities in Rabat.
Jun 29, 2018
Spread the love

Rabat- A delegation of the Istiqlal party, led by the party’s Secretary General, Nizar Baraka, met Head of Government Saad Eddine El Othmani on Wednesday to review the finance bill (PLF 2018) aimed to boost investment, employment, and entrepreneurship, in response to concerns in the Rif.

The meeting was organized in line with the heavy sentences given to the Hirak activists on Tuesday.

El Othmani and Baraka discussed the issue, suggesting that the meeting about the 2018 finance bill is within the government’s action to solve the issue. El Othmani said that “in order to alleviate the current tension in the kingdom, concrete measure should be taken into account.”

According to El Othmani, the finance bill, which was adopted in October 2017, has to be “applied for officials who do not fulfill their duties or cause citizen’s interests to be delayed,” with a focus toward fighting corruption and territorial disparities.

The legislation also seeks to elevate the social sector in education and health.

The Istiqlal party also proposed that the government “raise salaries” to improve incomes.

The party also called for the government to protect the purchasing power of citizens, especially with regard to fuel prices.

For his part, El Othmani stressed that the primary purpose of PLF is to improve the financial situation of citizens through social dialogue.

The PLF also calls for measures to protect the environment and promote sustainable development.

On Tuesday, Casablanca’s Court of Appeals sentenced Hirak leaders Zefzafi and Ahemjik, and activists Ouassim El Boustati and Samir Ghid, to 20 years in prison for their involvement in the 2016-17 Hirak Rif protests.