Rabat- Hirak Rif journalist Hamid El Mahdaoui’s lawyer has denied rumors that El Mahdaoui was sentenced to five years in prison, saying that a verdict in his case has not yet been reached. 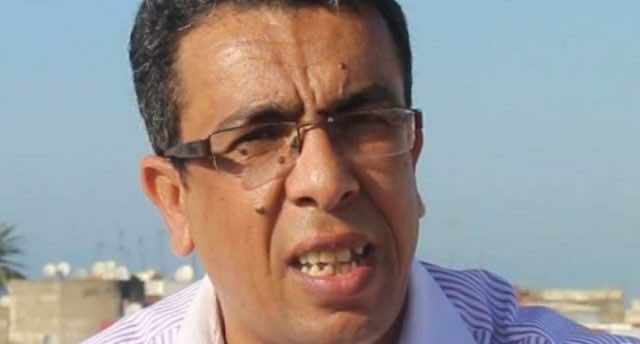 Rabat- Hirak Rif journalist Hamid El Mahdaoui’s lawyer has denied rumors that El Mahdaoui was sentenced to five years in prison, saying that a verdict in his case has not yet been reached.

After sentencing Hirak Rif activists up to 20 years in prison on Tuesday night, Casablanca’s Court of Appeals has decided to try El Mahdaoui separately on Thursday for “inciting participation in a banned protest” and “threatening national security.”

Mahdaoui has been accused of engaging in suspicious phone calls with an individual residing in the Netherlands.

El Mahdaoui’s lawyer, Lahbib Hajji, said in a statement to Moroccan news outlet Lakome, that the rumors about Mahdaoui receiving five years in prison were fake.

For its part, Reporters Without Borders (RSF) has called for the immediate release of six journalists in the name of journalism freedom and expressed relief that the court had decided to separate El Mahdaoui’s trial from the rest of the activists’, who already received heavy charges.

RSF previously said that El Mahdaoui, a journalist on the news site Badil, was merely doing his job before Al Hoceima authorities arrested him.

El Mahdaoui gave a speech to a crowd gathered at Place Mohammed VI in the Riffian city of Al Hoceima encouraging them to take part in the July 20, 2017 protest which had been banned by the government. He was arrested later that same day.

The journalist said in the speech: “The continuous detention of activists is an aggression against us…the state might be strong but we are stronger with the fact that our cause is just.”

Commenting on El Mahdaoui’s choice of words at the time, the public prosecutor stated that it was “incompatible with journalism as a profession dealing with collecting information and facts or investigating about them in a professional way in order to write or make media material.”

Read Also: ‘We Are All Zefzafi’: Rabat Protest Calls for Liberty for Moroccan Activists

On Tuesday, Hirak leaders Zefzafi and Ahemjik, and activists Ouassim El Boustati and Samir Ghid, were sentenced to 20 years in prison after being held awaiting trial and verdict for over a year.

In reaction to the court’s decision, many Moroccan citizens across the country rallied on Wednesday to call for the liberty of the Hirak activists.

A peaceful demonstration took place near Parliament in Rabat’s Mohammed V street on the same day when dozens of people joined together carrying banners reading “Mourning” and “Long live the Rif,” while chanting “We are all Zefzafi.”

Many university students in the capital of the Rif region, Nador, also went on a march to decry the sentences and even decided to boycott university exams in protest.

The Hirak protests began in October 2016 after the death of Mouhcine Fikri, a local fishmonger who was crushed to death in a garbage truck as he was trying to save his goods that had been confiscated by authorities in Al Hoceima.

The incident caused citizens across the country, especially in the Al Hoceima province, to protest nationwide to condemn Fikri’s death and social disparities in Morocco.