Rabat- MPs Omar Balafrej and Mustapha Chennaoui of the Federation of the Democratic Left (FGD) party have introduced a draft law relating to a general amnesty for Hirak Al Hoceima activists in Parliament. 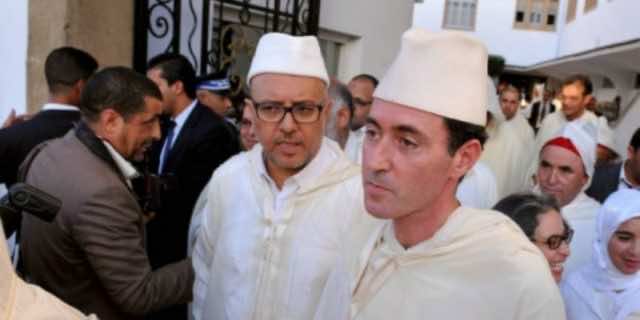 By
Tarek Bazza
-
Tarek Bazza is a journalist at Morocco World News with Master’s degree in Translation from King Fahd School of Translation in Tangier.
Jul 2, 2018

Rabat- MPs Omar Balafrej and Mustapha Chennaoui of the Federation of the Democratic Left (FGD) party have introduced a draft law relating to a general amnesty for Hirak Al Hoceima activists in Parliament.

The proposal, tabled Friday, is based on Article 71 of the Moroccan Constitution, which stipulates that a general amnesty can be requested by Parliament.

On June 26, 54 activists in the Hirak Rif movement were given prison sentences ranging from 1 to 20 years for their involvement in the demonstrations that shook Al Hoceima province from 2016-2017.

In accordance with his habit of keeping his followers updated with most of his Parliament activities, Balafrej published the draft law on his Facebook account.

“We have submitted this proposal since it is part of our responsibilities to ask for a general amnesty relating to all social movements of the past two years,” said Balafrej.

In Article 1 of the draft law, the FGD demands “the issue of a general amnesty for all acts related to protests that occurred in Morocco from October 28, 2016 to June 28, 2018”.

The two MPs also called on the state to “compensate all the parties affected by these events,” according to Article 5.

“All pronounced sentences shall be repealed and amnesty is considered an acquittal,” says Article 6.

Along the same lines, a petition was launched on June 27 on Avaaz.org under the name “Petition to ask the Parliament to issue a law for a general amnesty for Hirak Al Rif’s detainees,” with a profile photo and a hashtag in Arabic meaning “Just arrest us all.”

The petition reached more than 6,800 signatures so far and has been shared more than 4,700 times through Facebook, Twitter, and email.

“In accordance with the Dahir n° 1-16-107 framing the right of petition, we, Moroccan citizens, demand from the Moroccan Parliament a general amnesty law for citizens condemned in the lawsuits of Hirak Al Rif, in accordance with the provisions of the Article 71 of the Constitution,” says the petition.

Balafrej responded to the Avaaz petition, saying to H24info that he was “happy that citizens are asking MPs to make an effort, so we as Parliamentarians have done it. Now, we call on citizens to vote next time because many people who sign such petitions do not vote. In order to move forward, it is essential that citizens assume their responsibility by choosing Parliamentarians who can pass brave laws.”