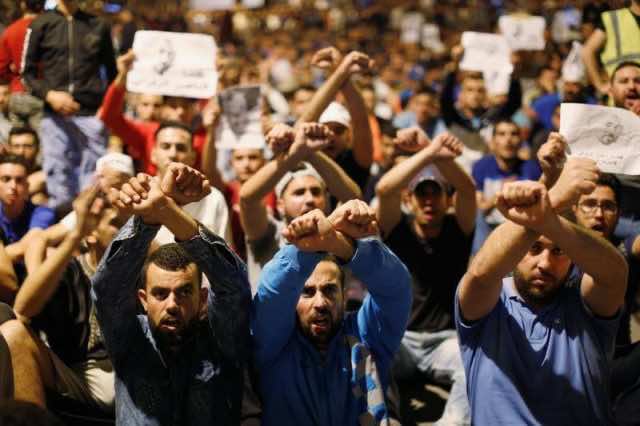 Rabat – Reactions towards the substantial sentences of Hirak Al Hoceima activists continue to spill from Morocco’s newswriters and parliamentarians alike.

Last Tuesday, June 26, after nearly a year of consideration, Morocco’s judiciary delivered harsh sentences to 54 prosecuted activists. The long-deliberated sentences vary from 1 to 20 years in prison but collectively have been met with formidable backlash from NGOs and human rights organizations across the globe.

As Morocco reels from the result, a movement to push for amnesty has gained traction.

News outlet Akhbar Al Yaoum notes that the consensual statement of government’s majority parties, while expressing solidarity with those sentenced, balances that sentiment with careful avoidance of undermining the judiciary; essentially, the system sheds crocodile tears.

Additionally, the newspaper addressed the government’s inconsistent behavior in addressing protests from city to city: “They tolerated demonstrations in Casablanca, while they dispersed and arrested protesters in northern cities.”

The daily Al Massae reported today on a significant proposal developed by the Federation of the Democratic Left (FGD) party in response to the harsh verdicts. The suggested law advocates “a general amnesty for all persons detained within the framework of social movements of protest, which Morocco has known during the period from 28 October 2016 to 28 June 2018.”

Not all public figures share this sentiment, however. President of the Prosecutor General Mohamed Abdennabaoui analyzed the activists’ sentences in an interview with newspaper Al Ahdath Al Maghribia. Abdennabaoui held fast to the principle that the Criminal Chamber of Casablanca judges simply applied the law, and it is not his place to express support or disapproval for the independently-decided sentences.

He did, nonetheless, reinforce the independence of the judiciary in Morocco with a strong statement that the age of “telephoned” sentences is gone: “It is not the judge who chooses the punishment, it’s the law.”