Rabat - Is Amine Harit free of all charges? According to Arabic outlet Al Akhbar, Moroccan footballer Amine Harit has made a financial agreement with the family of the victim. 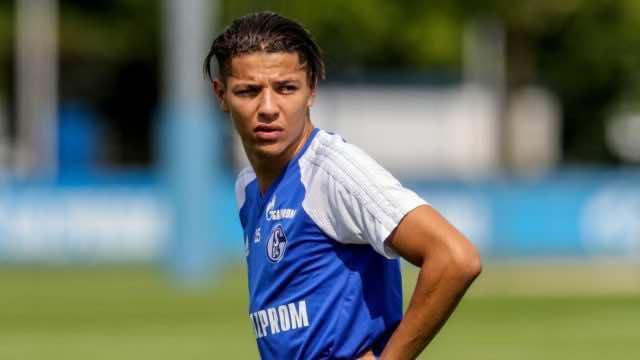 Rabat – Is Amine Harit free of all charges? According to Arabic outlet Al Akhbar, Moroccan footballer Amine Harit has made a financial agreement with the family of the victim.

The Schalke 04 football player supposedly “had to propose a fairly large amount to the family.” According to Al Akhbar, “The negotiations were not easy and it was the footballer’s lawyer who put the two sides in contact.”

The Atlas Lion was involved in a road accident that fatally injured a pedestrian in Marrakech. The accident occurred while the player was driving with his 14-year-old brother on Saturday, June 30, shortly after midnight.

Twenty-one-year-old Harit has recovered his passport and his driving license, which police had retained, on Tuesday, June 3. On Tuesday, the Schalke 04 sports director, Christian Heidel, announced that his player had regained his passport and license, shortly after landing in China with the rest of the team. Heidel said that Amine Harit got his passport and driver’s license back.

He can now return to Germany, where his club Schalke 04 and his teammates are waiting on him to begin training.

This week, the family of the young victim spoke to the media about their son’s death.

The mourning family complained about the way Moroccan authorities handled the accident. Moreover, they claimed that they did not want money.

“I just want to understand why they didn’t call me when my son died. He had the accident around 11 p.m. and I received the call at 7 a.m.,” the mother said.

Addressing rumors of an amicable agreement involving money, she clarified her situation. “Amine Harit’s father and his uncle came to offer their condolences. When they left, the press said they came to give us money,” she said, insisting that there was no money involved.

“I don’t want money; nothing will ever replace my son.” As for the victim’s father, all he wants is that “the justice do its job.” Did the family have a change of heart?