Rabat - The Council of the EU has given the EU Commission the “green light” to start talks with Morocco and seven other MENA countries on exchanging data with Europol.

By
Tarek Bazza
-
Tarek Bazza is a journalist at Morocco World News with Master’s degree in Translation from King Fahd School of Translation in Tangier.
Jul 7, 2018
Spread the love

Rabat – The Council of the EU has given the EU Commission the “green light” to start talks with Morocco and seven other MENA countries on exchanging data with Europol.

The European Parliament issued a press statement, Thursday, July 5, about upcoming talks. “The aim of strengthening cooperation is to prevent and combat terrorism and organized crime, and to better address migration-related challenges such as the facilitation of irregular migration and trafficking in human beings.”

The MEPs (Members of the European Parliament) stressed the need for “personal data safeguards” ahead of talks with the eight Middle Eastern and North African countries. “Clear safeguards are necessary not only to protect data, but also to ensure that fundamental rights and freedoms are respected, given the differing legal frameworks, societal characteristics and cultural backgrounds of the eight countries as compared with the EU.”

The agreement cannot be concluded if it fails to comply with EU law on the protection of personal data, to ensure equivalent protection.

The European Parliament set out certain “limits and guiding principles” to the Council, Commission, and the countries concerned for the negotiations.

“We have set out a number of red lines, including on further processing, data retention periods, the principle of specificity, and the prohibition of data exchange if there is a risk of cruel or inhuman treatment. There can be no weakening of the level of protection provided in EU law, either directly or indirectly, and we call for European standards of data protection, human rights and accountability to be upheld,” said Civil Liberties Committee Chair and rapporteur Claude Moraes.

The negotiations on data exchange will be held with Morocco, Tunisia, Algeria, Egypt, Turkey, Jordan, Lebanon, and Israel. After negotiating the agreements, Parliament will have to approve them before they can be concluded. 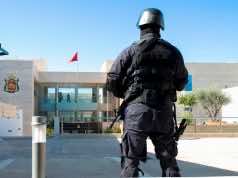