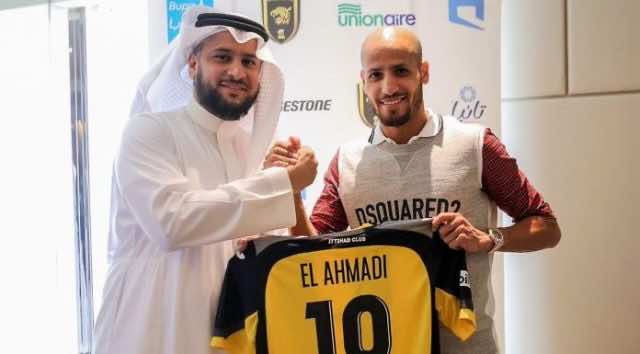 Al Ittihad confirmed the news on Monday via Twitter.

A photo of the footballer in Dubai was shared widely on social media as several news outlets reported that his trip to Dubai was to carry out medical checks for his new club.

The Moroccan footballer joined Feyenoord in 2008 and played two seasons with them before joining the UAE’s football team, Al Ahli, on loan in 2011.

El Ahmadi also made the list of Morocco’s national football team who participated in the 2018 World Cup.

Some of El Ahmadi’s fans did not appreciate his move.

A Facebook user wrote that this transfer will be the “end of his career.”

Another one expressed shock, saying “what?”

Several Moroccan footballers signed or were linked with a move to international football clubs, including Ajax star Hakim Ziyech.

Speculations were rife about Ziyech move to AS Roma, but no announcement has been made officially about his move.

The Spanish team signed the Moroccan player for a three-year contract.