Rabat - British self-made billionaire Richard Branson is holdinghe Blockchain Summit in his residence in Marrakech for the first time. The fourth edition of this annual meeting, originally supposed to take place on Branson’s Necker Island, was relocated because of Hurricane Irma. 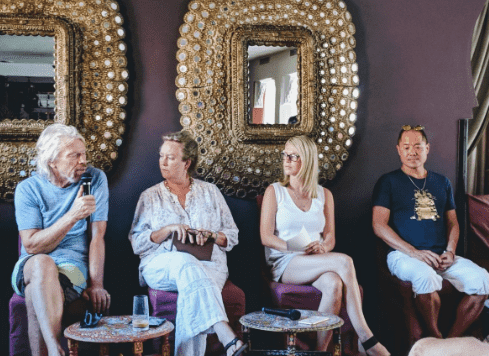 Rabat – British self-made billionaire Richard Branson is holdinghe Blockchain Summit in his residence in Marrakech for the first time. The fourth edition of this annual meeting, originally supposed to take place on Branson’s Necker Island, was relocated because of Hurricane Irma.

@richardbranson at #BlockchainSummit: “fight back hard” against destruction of natural capital. Calls on summit to engage govt leaders, decision-makers to build legacy of conservation. With @OceanElders @CryptoKitties @KiteVC and @StaciW_CFM of @MilkenInstitute pic.twitter.com/vocV4wcIfs

According to Forbes, Branson has called his Virgin companies to end the utilization of single-use plastic. “We’re trying at Virgin to do that,” said Branson, an investor in multiple Blockchain startups. “I’ll stand up.”

The summit is one of the largest Blockchain technology gatherings. It was created by investor Bill Tai to bring together a number of intellectual leaders to discuss how they could use the Blockchain in various industries.

For the fourth year, the Blockchain Summit, has discussed intensively the business of building Blockchain in Africa, an idea championed by Tai.

“The whole continent is a bit of an unknown to a lot of folks because they just don’t get much exposure to it,” Tai said..

“I think getting a lot of people together who are knowledgeable, with reach and a high profile, that collectively can form a view about what are the opportunities at hand that can both serve philanthropic and commercial interests,” he added.