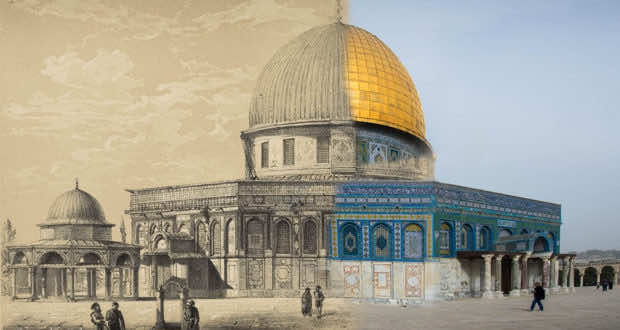 Rabat – After Palestine suffered the horrific events of 1948, neighbors Lebanon and Jordan were major recipients of Palestinian refugees. Both pursued radically different policies at the outset that have evolved into their own unfortunate realities.

Lebanon has hosted hundreds of thousands of Palestinian refugees, and the UN Relief Works Agency (UNRWA) has 450,000 Palestinians registered as refugees there. However, a new census released by the government puts the number at approximately 175,000. Palestinians, however, are poorly treated in the country and subjected to horrendous conditions.

Jordan has the highest population of Palestinian refugees, with over 2 million in the country. Jordanians of Palestinian origins make up nearly half—or more—of the overall population. Citizenship revocations, administrative under-representation, and economic deals contribute to the continued injustices against Palestinians.

Limbo and grim conditions in Lebanon

Palestinians in Lebanon are subjected to terrible conditions by the Lebanese government.

Palestinians are effectively treated as inferior residents. They are banned from working in most job fields and professions, banned from owning property or businesses, banned from formal education systems, and are left with few options but to live in dilapidated camps.

The Lebanese government refuses to give Palestinians citizenship even when they have Lebanese mothers, for fear that they will never leave or that demographic changes could destabilize Lebanon’s fragile political system.

Bassam Khawaja, a spokesperson for Human Rights Watch says, “This is a cruel and false hypothesis. Nothing prevents Lebanon from respecting Palestinians’ basic human rights while withholding permanent residency or citizenship. But instead, generations have grown up in limbo, without basic protections.”

Inside the camps that Palestinians live in, housing, water, electricity, and refuse services are decaying, dangerous, and responsible for gangrenous living conditions. The structures worsen progressively, since Palestinians are prohibited from bringing materials into the camps to repair their homes.

A study released in 2012 called “Health and Living Conditions of Palestinian Refugees Residing in Camps and Gatherings in Lebanon: A Cross-sectional Survey,” sheds light on the effects of the horrific conditions.

The study found, in a random screening of 2,501 households, 31 percent of the 11,092 individuals surveyed had chronic illnesses and 24 percent had had an acute illness in the six months prior to the survey.

A 2016 report by the American University in Beirut and the UNRWA indicates that conditions in Lebanon have worsened for Palestinians. 78 percent of Palestinian Refugees in Lebanon (PRL) reported dampness in their homes and 62 percent report water leakages. Fifty-two percent of homes have poor ventilation and 55.2 percent suffer from a lack of electricity.

For Palestinian Refugees from Syria in Lebanon (PRS), 81.1 percent of households have dampness, 68 percent have water leakages, 54.6 percent have poor ventilation, and 57.6 percent do not have proper electricity.

Palestinians rely on cash assistance and medical care from the UNRWA. However, UNRWA is severely underfunded and cannot give adequate monthly stipends to Palestinian families. Neither can they offer a full range of medical services.

Palestinians with severe illnesses such as cancer must appeal to other NGOs for their care.

Jordan has pursued policies working against the future hopeful state of Palestine, its people, and Jordanians of Palestinian descent.

A 1954 nationality law granted full Jordanian citizenship to Palestinian residents of the West Bank and Jerusalem in 1949 and after][. However, since 1988, Jordan has been revoking the citizenship of Jordanians of Palestinian origins, rendering them stateless, or downgrading their rights in Jordan. Jordan has increasingly used this practice in recent years.

Since 1983, Jordan has issued color-coded travel cards to Palestinians in the West Bank and those living inside the kingdom, creating a three-tiered citizenship framework. Jordan gave West Bank residents green cards and yellow cards to those living on the East Bank.

Palestinians holding green cards lost their right to live in the East Bank and their Jordanian nationality after 1988. They could maintain Jordanian passports, but held no rights as Jordanians.

The government has revoked yellow cards that entitle full citizenship rights or replaced them with green cards which only entitle the individual to the passport. Yellow card holders must renew their permits for the West Bank from the Israeli Military’s Civil Administration to keep their Jordanian nationality and the right to reside in and return to the West Bank.

Those that were unable to renew Israeli permits, never obtained permits for living in Jordan, failed to obtain an Israeli family reunification permit, or did not have a Palestinian identification document have had their nationality withdrawn.

The government does not officially notify Palestinians when their nationality is revoked, so individuals usually discover it during routine events, such as renewing passports, driving licenses or registering the birth of a child.

Once nationality is stripped, Jordanians of Palestinian origins lose access to free education; must pay higher university, medical, and license renewal fees; and cannot be employed by the state or practice in organized professions such as law. Many private sector employers will also not hire them.

Unlike Palestinian refugees from the West Bank and Jerusalem, Gazans fleeing after the 1967 war were never afforded citizenship status by Jordan since Egypt had administered Gaza previously.

Many are packed into the Jerash camp, locally known as the “Gaza camp,” with little hope to improve their state. They are restricted from employment by the state, organized professions, and many private sector jobs.

Access to higher education is restricted due to higher prices that individuals of foreigner status must pay and the fact the Jerash camp is the most destitute of the Palestinian refugee camps in Jordan.

Jordan gerrymanders its voting districts in favor of the Hashemite monarchy to sustain the political status quo.

Districts with the highest concentrations of pro-monarchy ethnically Jordanian residents receive a disproportionately high number of representatives in contrast to their actual population.

In 2014, state-owned companies Arab Potash and Jordan Bromine signed a deal worth USD 500 million that would see Israel export from its Tamar natural gas field to Jordan. The deal operates through an American intermediary, NBL: Eastern Mediterranean Marketing.

In 2016 Jordan inked an energy deal with Israel worth USD 10 billion. The deal includes Houston’s Noble Energy and Israel’s Delek Drilling supplying Jordan’s National Electric Power Company with 45 billion cubic meters of natural gas over a 15-year period. The companies also use NBL as an intermediary.

Despite alternatives such as solar or its own oil shale reserves, Jordan chooses to economically link itself to Israel and help fund Israel’s military aggressions and illegal settlements.

Lebanon has denigrated Palestinians to a shocking degree, refusing citizenship, forcing many to live in squalor, stateless, and without hope. Jordan is undergoing processes to rid the country of Palestinians, or at least to undermine their influence at the administrative level. Jordan is subjecting Palestinians to subjugation, and/or they are part of financing the Israeli occupation and human rights violations on Palestinians.

This is the third in a 5-part opinion series evaluating the conduct of MENA region states in upholding their commitments to Palestine. Read the first part about Egypt here, and the second part about the Gulf states here

Part 4 will investigate the nature of Turkey’s relationship with Israel.