Rabat - After some Moroccans mocked and criticized Minister of State in charge of Human Rights Mustapha Ramid for not fulfilling his promise to help slum residents, the minister took to his Facebook page to defend himself. 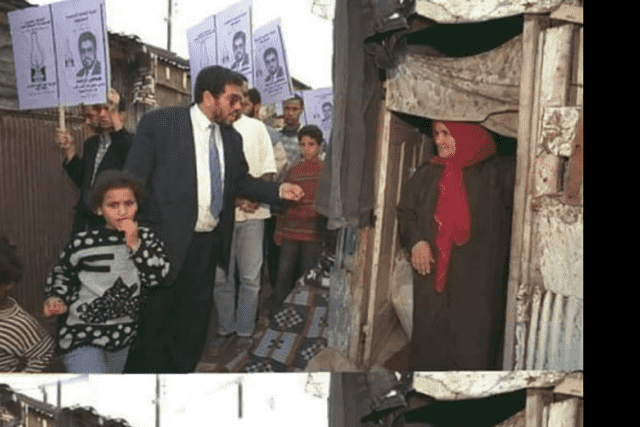 By
Ahlam Ben Saga
-
Ahlam Ben Saga is a Cultural Studies graduate from university Mohammed V of Literature and Humanities in Rabat.
Jul 17, 2018
Spread the love

Rabat – After some Moroccans mocked and criticized Minister of State in charge of Human Rights Mustapha Ramid for not fulfilling his promise to help slum residents, the minister took to his Facebook page to defend himself.

Ramid is caught in the middle of a new controversy as some social media users have shared a photo collage showing the minister standing in front of an elderly woman’s house in a slum during his election campaign in 2007.

The second photo shows the woman standing alone with a caption reading, “2018 and she’s still waiting for those promises.”

The minister shared the same photos, next to which he wrote: “The two photos below show how much hatred some [people] bear, to the extent of photoshopping the second photo.”

“No, you slanderers…this shantytown no longer exists…look for a different [photo],” he added. 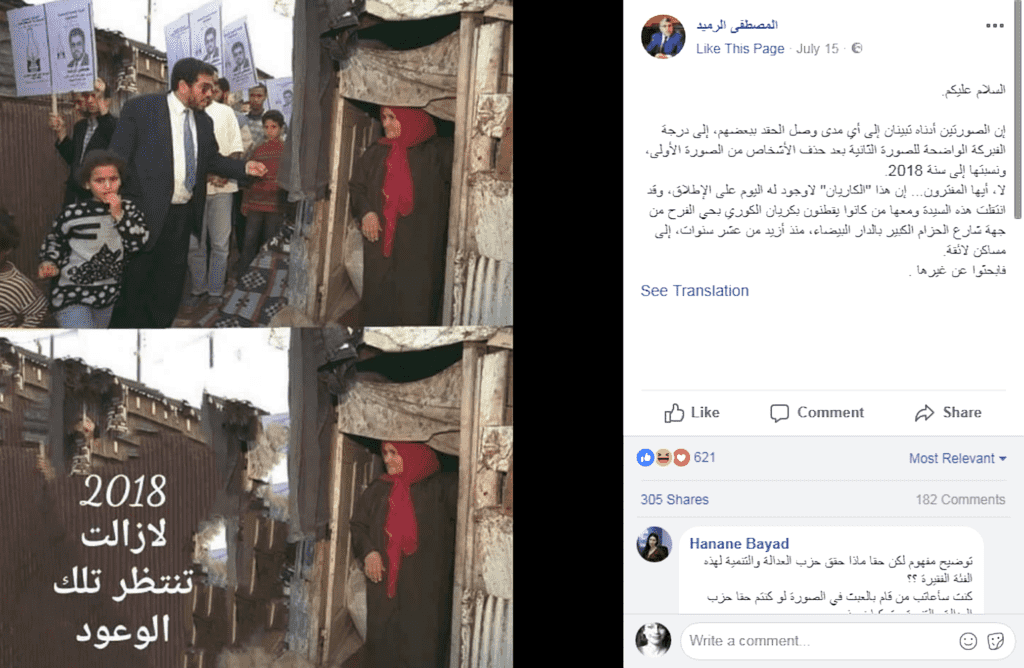 Ramid explained that the woman and all those who lived in the slum located in Hay El Farah in Casablanca moved to “decent” residences more than ten years ago.

This is not the first time that Moroccans have criticized Ramid. The human rights minister’s reference to homosexuality as a “perversion” that “disgusts the public opinion” in 2017 sparked outrage among several local NGOs and some of the public.

The minister’s polygamous marriage has also been the reason for national and international controversy since Morocco pledged to apply the “Ban on Polygamy” in 2012.