Rabat - Authorities have arrested a Russian national at the Mohammed V International Airport in Casablanca.

Rabat – Authorities have arrested a Russian national at the Mohammed V International Airport in Casablanca.

A security source quoted by Moroccan news outlet Hespress said the suspect was planning to leave Morocco on a flight to the United Arab Emirates.

The source added that the suspect has been the subject to an international warrant for alleged terrorism and extremism issued by Interpol in July, at the request of the Russian authorities.

The 48-year old suspect entered Morocco through Bir Kandouz in Western Sahara, a town on the Mauritanian border. He entered Morocco only three days before Interpol issued the international warrant.

Authorities placed the suspect in custody under the supervision of the National Judicial police for further investigation on possible terrorist connections inside and outside Morocco.

The authorities are also expected to hand over the suspect to Russian authorities for further investigation. 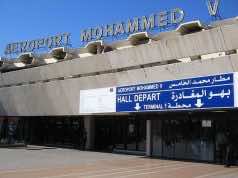 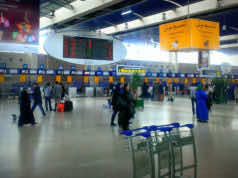 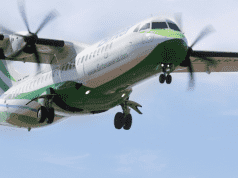