Rabat - Authorities at Tangier-Med port arrested a Moroccan man who resides in France today for carrying dangerous weapons abroad in a caravan pulled by his car. 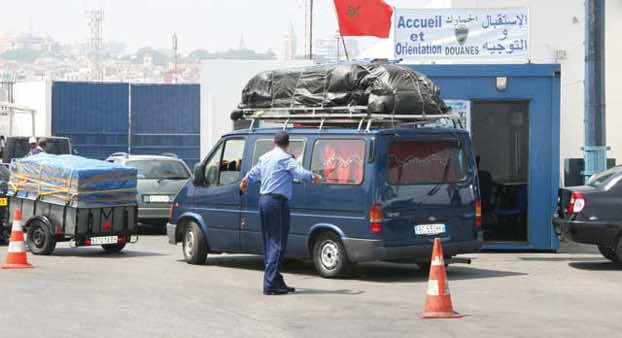 Rabat – Authorities at Tangier-Med port arrested a Moroccan man who resides in France today for carrying dangerous weapons abroad in a caravan pulled by his car.

The search operation was conducted by a unit within the General Directorate of National Security (DGSN) equipped by dogs trained especially for this kind of operations.

The 31-year-old suspect, who also holds French nationality, had hidden a rifle and a large amount of ammunition in the caravan. Authorities also seized a cutlass and a military uniform.

Every summer, many Moroccans who live overseas come back to spend holidays with their family via ferry into Tangier-Med, Tanger ville, and Nador.