Rabat - French-Moroccan football player Adil Rami is not going to put a ring on it (yet). After winning the 2018 World Cup trophy with France, the 32-year-old footballer was rumored to be engaged to girlfriend and Canadian star Pamela Anderson. 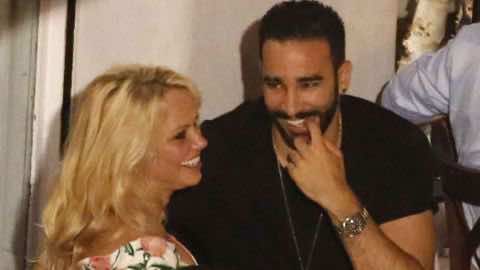 Rabat – French-Moroccan football player Adil Rami is not going to put a ring on it (yet). After winning the 2018 World Cup trophy with France, the 32-year-old footballer was rumored to be engaged to girlfriend and Canadian star Pamela Anderson.

Following his victory, Rami flew to Los Angeles for a well-deserved vacation. Interviewed by paparazzi at the entrance of a restaurant, the Olympique Marseille player denied the rumors of a possible marriage with the star. “No, no, no, I’m not engaged,” he replied, smiling, in a video posted by Closer.

Wedding rumors aside, the pair, who met in May 2017 during the Grand Prix in Monaco, seem to be serious about their relationship.

Earlier this year, Anderson, 50, moved to Marseille, France, to be closer to her 32-year-old boyfriend, Rami, reported TMZ.

“Pam literally packed a suitcase, hopped on a plane and left her life in L.A. to be with Adil,” said the celebrity news website.

In an interview with the Daily Mail, the “BayWatch” actress opened up about her life in Marseille with her French-Moroccan professional footballer companion.

“He cares a lot about me, we have a wonderful and simple life, we both have children, and we try to solve the equation as best as we can, we want to protect our love, because there is a lot of false information about us.” 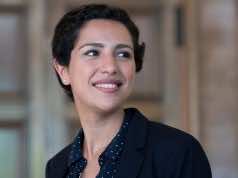 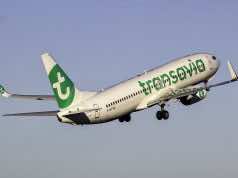 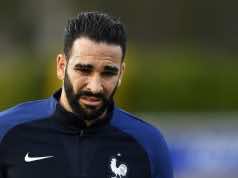