Rabat - The Marrakech Court of First Instance gave  a French national on Monday a suspended sentence of three months in prison and a fine of MAD 500 for committing adultery with a married man in Marrakech, according to local news Kech 24. 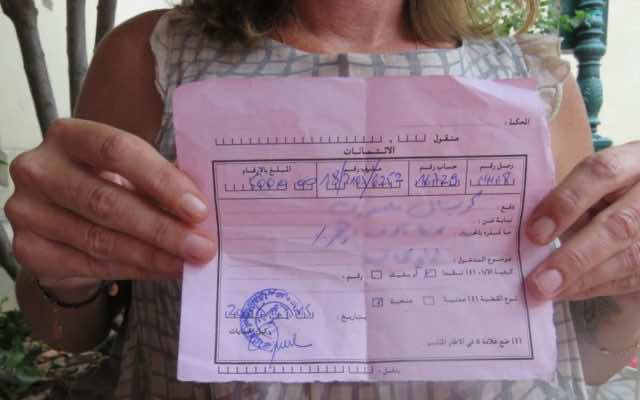 Rabat – The Marrakech Court of First Instance gave  a French national on Monday a suspended sentence of three months in prison and a fine of MAD 500 for committing adultery with a married man in Marrakech, according to local news Kech 24.

The woman’s lover whose wife had filed a complaint against him will also spend three months in prison and pay a MAD 500 fine.

The pair were arrested on July 14 when police entered their apartment in the red city. They were then placed in custody at the disposal of the prosecutor’s investigation.

The French resident was released Sunday and returned to France after paying a deposit of  MAD 5,000.

The adultery case made headlines after the 41-year-old French woman spoke to French newspaper Le Parisien and accused the Moroccan police of keeping her in custody for 30 hours, deploring the poor treatment and awful conditions.

“It’s out of the question for me to go back,” explained the woman. My rights were violated; I was abandoned for two days in deplorable conditions, in a narrow corridor among cockroaches, battered pregnant women … with a heinous prosecutor who yelled at me.”

Following her accusations, the General Directorate of National Security (DGSN) issued a statement denying the allegations.

“The arrest of the couple took place after a complaint of adultery filed by a woman against her husband and his companion who were apprehended and placed in custody at the disposal of the investigation conducted under the supervision of the competent prosecutor.”

The statement added that the individuals were held for no longer than 24 hours, the legal limit, after they were arrested in the place where the criminal acts were committed. “The two defendants spent 24 hours together in police custody.”

According to the police, the two accused were informed of their rights, including the use of an French interpreter.