Rabat- Head of Government Saad Eddine El Othmani and Government Spokesperson Mustapha El Khalfi have presided over the launching ceremony of e.participation.ma, an electronic platform for citizens to speak on public policies. 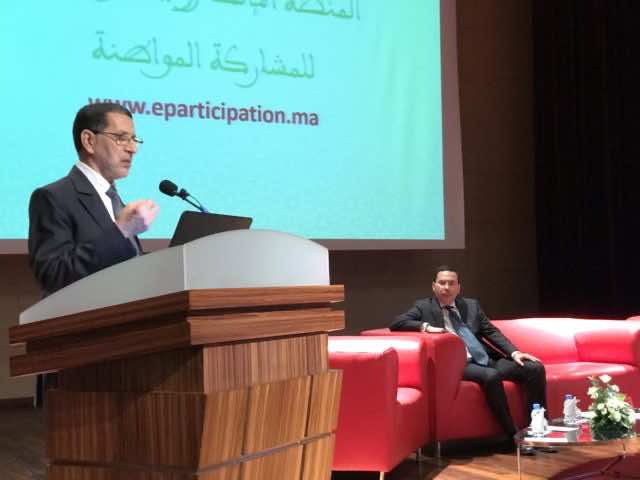 Rabat- Head of Government Saad Eddine El Othmani and Government Spokesperson Mustapha El Khalfi have presided over the launching ceremony of e.participation.ma, an electronic platform for citizens to speak on public policies.

E.participation.ma, launched Monday, July 23, seeks to promote democracy through allowing citizens and civil society to participate in the preparation, assessment, and execution of public policies. Individuals can sign up on the platform and write their suggestions, demands, and opinions on draft laws.

The platform also gives citizens the opportunity to sign and submit petitions and organize projects of interest to the general public.

During the ceremony, El Othmani stressed the importance of civil society’s role in making a difference and positively influencing public policies with petitions.

El Othmani and El Khalfi both emphasized the significance of the initiative, which has been one of the government’s priorities and the fruit of Morocco’s 2011 constitution calling for participatory democracy.

Among other recent government initiatives to develop Moroccan society are the 5757 consumer complaint hotline and the anti-corruption hotline, part of the government’s national plan to end all forms of corruption by 2050.