Rabat- Located at the foot of the Atlas Mountains, Marrakech has a very open and welcoming vibe toward foreigners. The city is a wonderful melange of both new and old, and of traditional and progressive components.

On travel lists, Marrakech ranks as the top destination to visit in Morocco. In 2017 alone, Marrakech received eight million tourists. Not a surprise! The city maintains a vibrant nightlife. In the modernized areas, clubs and casinos are open late, while the historic Jemaa el-Fna (one of the largest open-air markets in the world) reaches the peak of its wonder at night. 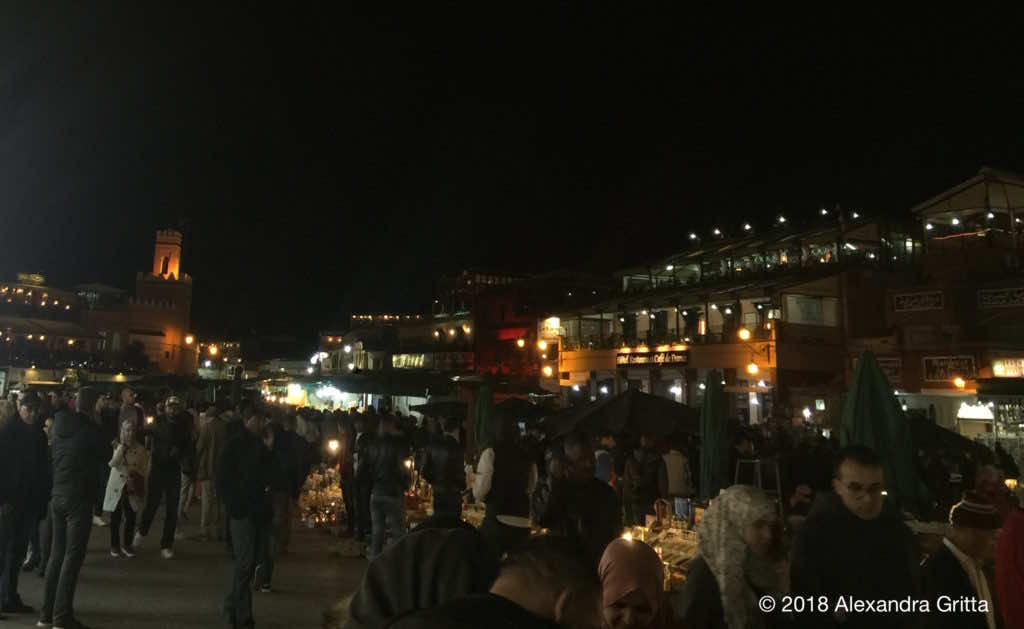 Many of the world’s most popular cities for tourism—Paris, Hong Kong, and New York, to name a few—have a distinct and disappointing feeling of sameness to them. Cultural differences that should distinguish them are lost among the tall, modern buildings, and traditional culture is replaced with technology.

While many touristic cities have lost their exotic flavor in an effort to modernize and accommodate the masses, Marrakech manages to present its traditions while also drawing on more modern aspects.

Things to do in Marrakech:

Marrakech is a very active city with many well-known sites. The following list is a mixture of some of the most common tourist attractions as well as some lesser known.

Palais Bahia. The palace was built in the late 19th century and was intended to be a hallmark of its time period, showcasing the epitome of Islamic and Moroccan architecture. The palace is eight hectares and contains 150 rooms, including various gardens and courtyards. One of the most popular sites is the harem, where Abu Ahmed, a former black slave who rose to power, housed his four wives and 24 concubines. 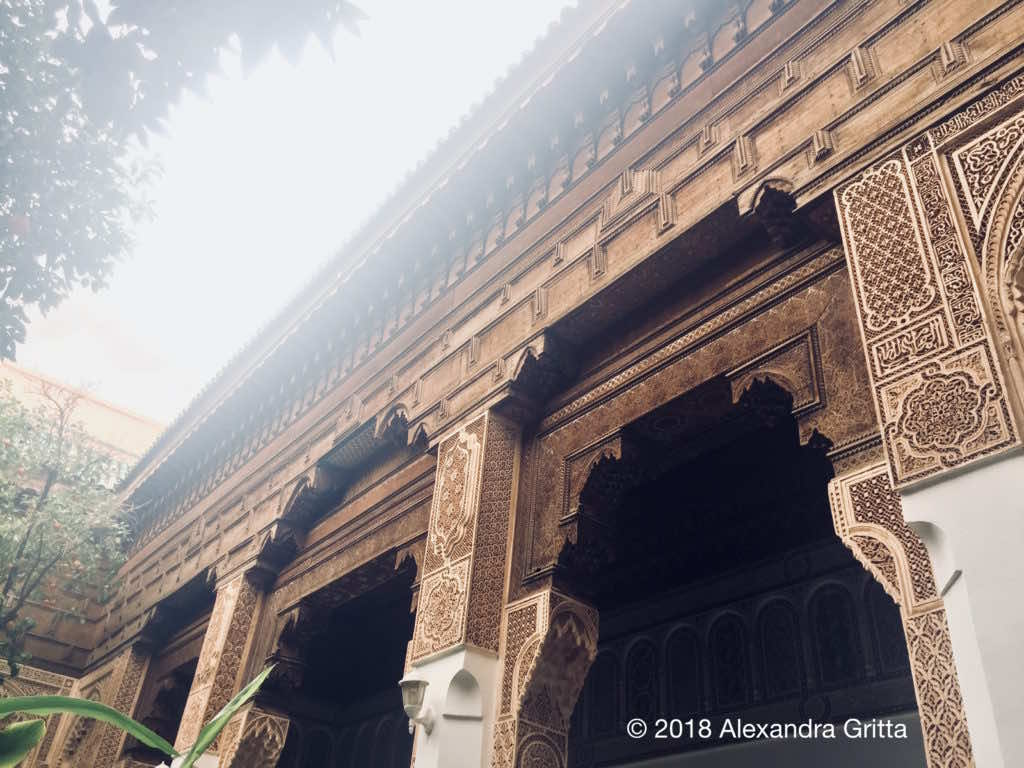 Allegedly, the palace was named after Ahmed’s favorite wife, “Bahia,” meaning “beautiful.” The entrance fees is MAD 10. Guides are available at the palace for an extra cost, and can conduct tours in English. As there is little information available on the palace in English inside the palace, hiring a guide is highly recommended.

Jardin Majorelle. The gardens surround a villa in which the French painter Jacques Majorelle lived. It took 40 years for the painter to create the gardens. Complete with exotic plants from five continents and various water features, the garden is a relaxing break from the mayhem of the city. There is also a museum featuring Amazigh culture. Entrance to the gardens costs MAD 70, while the museum costs an additional MAD 30.

Jemaa el-Fna. This market is one of the largest open-air markets in the world and one of Marrakech’s prime features. It’s also one of the most crowded and active places in Morocco. Jemaa el-Fna is located in the old medina (“city”) and is full of snake charmers, storytellers, animals, and more. It is also a great place for food (both small vendors and restaurants) and bargaining. Make sure to visit both during the night and the day….it’s a completely different experience after the sun goes down and the performers come out.

Palooza Park. If you are traveling with children or need a break from Marrakech’s heat, Palooza Park is a wonderful theme park destination which also includes a water park. Costs range from MAD 50 for the children’s water park to MAD 120 for the adult water park. 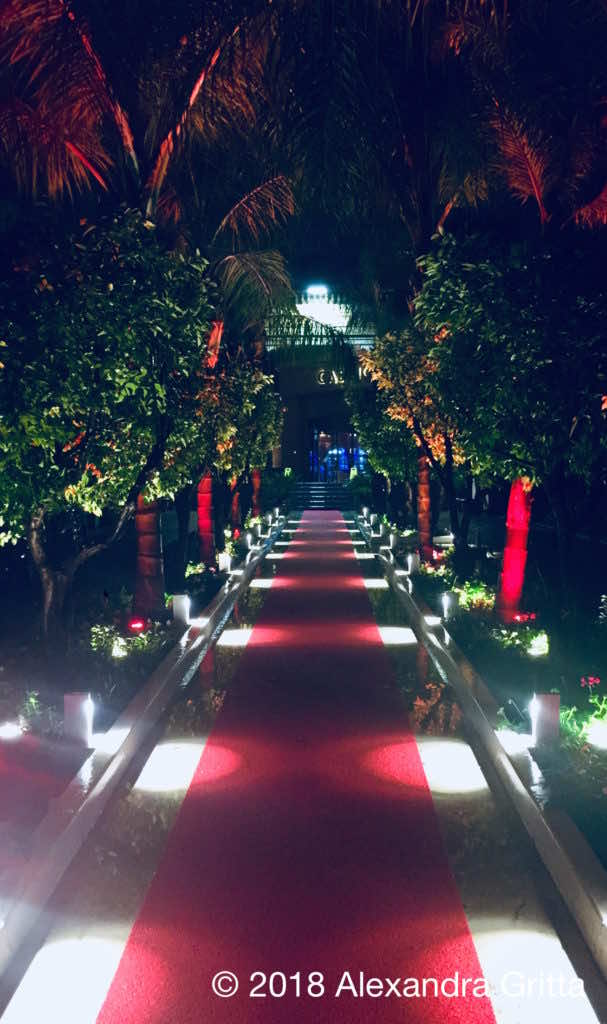 Terres d’Amanar. Located in an Amazigh region, this hotel and park combination is sometimes overlooked by tourists, but it is a stop not to be missed. It is situated just 30 minutes outside of Marrakech at the foothills of the Atlas Mountains. The park offers a wide variety of activities including horseback riding, archery, Amazigh arts and crafts, a zipline, swimming, and all-terrain mountain biking. 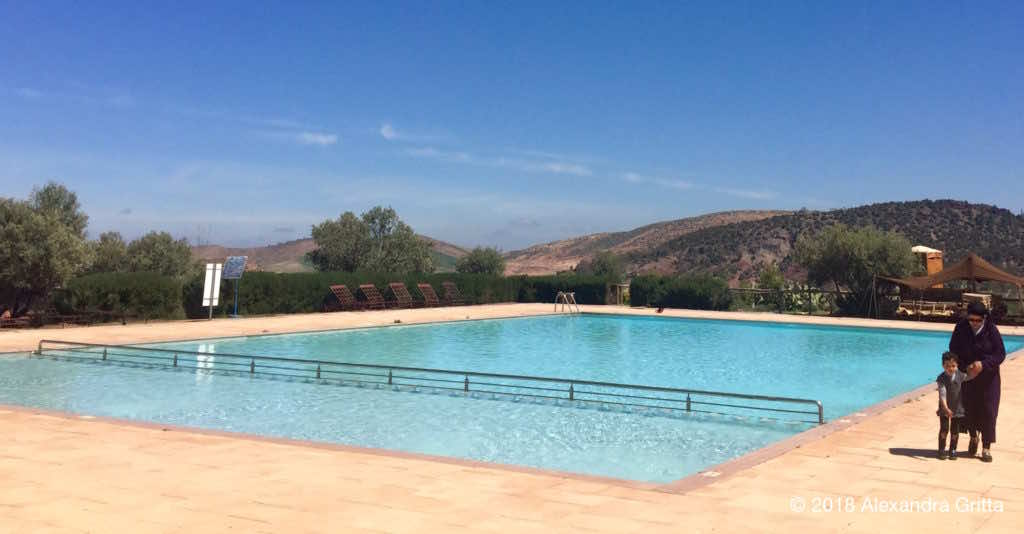 You do not have to be a resident of the hotel to visit the park, and activities are paid individually, usually ranging from MAD 100 to 200 per 30 minutes to 1 hour of an activity.

If you are looking to vacation in Marrakech, here are some important things to be aware of:

Market bargaining is cultural. If you are a foreigner, you are already a target for raised prices and seller harassment. Items in Morocco may seem relatively cheap to begin with, but it is common for sellers to double prices if they know they are dealing with tourists who are unaware of “normal” pricing. Sellers tend to pursue tourists actively. When bargaining, offer one third to half of the price given and go from there.

Be careful with henna. Henna is a plant paste used to create artful patterns on the skin and is offered in Jemaa el-Fna. It’s a tradition in Morocco and dyes the skin for up to two weeks. However, black henna and even some forms of “regular” brown henna contain chemicals that can burn skin and cause scarring. Women may approach and pushily offer henna, even taking your hand and beginning designs without permission. Steer clear of henna until you know exactly what the paste contains and be firm with the designers if you do not want any.

Summer is hot. Marrakech temperatures can reach over 37 degrees Celsius so being outside can be hard on some foreigners not used to elevated temperatures. Spring and fall are more optimal times to visit for those with low heat tolerance (temperatures range from 19 to 28 degrees Celsius). Stay hydrated, apply sunscreen frequently, and consider wearing a hat to cover your head. 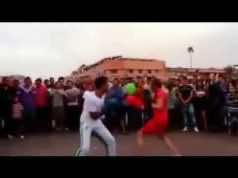