Rabat - An Al Qaeda attack on Sunday during the Malian presidential vote joined hundreds of other violent interferences in the democratic process. 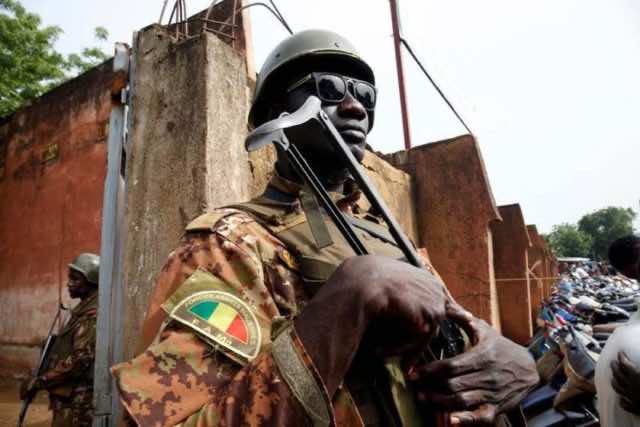 Rabat – An Al Qaeda attack on Sunday during the Malian presidential vote joined hundreds of other violent interferences in the democratic process.

“This bombardment … in Mali is a clear message from us to France and its pawns in the country that the war between us will not end,” read a statement from the terror group.

“Everyone knows that the winner in this election is only a pawn in the hands of France and the countries of the Cross.”

JNIM leader Iyad Ag Ghaly asserted, “These elections are nothing other than the pursuit of a mirage, and our peoples will reap nothing but illusions, as they are used to doing.”

Attacks across north and central Mali, where militant Islamists hold the greatest control, continue to stand between voters and the polling stations in the presidential election.

According to the Ministry of Territorial Administration, armed attacks or violence affected 4,632 of 23,000 polling stations—over one in five. Nearly 650 were rendered completely inoperable.

Half of the disrupted polling stations are in Mopti, the nation’s central region.

At 39, teacher Hamid Bore held responsibility for a station in Dembere village, a small community in Mopti. When polls opened at 8 a.m., he expected to see voters; instead, right at voting time, militants arrived.

“They were firing shots and then they asked for the bureau chief,” he said.

“They beat us up, then stole the ballot boxes and our bikes. I had to walk back. This is our only means of travel. How am I going to survive now?”

Hawa Cisse of the “Let’s Save Mopti” platform said, “We are going to vote, but we are very afraid, afraid for our children, our husbands, our brothers, sisters, for everything. We can’t even go to the market; we can’t go beyond the river.”

She referenced significant inconsistencies between physical and online voter lists, an aberration sparking tensions as the government claims only one list exists.

In contrasting optimism, Mopti Governor General Sidi Alassane Toure had expressed hope for high regional participation as over three-quarters of eligible voters procured a registration card before the election.

The figure of disenfranchised voters is unknown but significant. Traditionally, voter turnout fails to reach even 50 percent, but many Malians in this election who want their voice heard are blocked by the anti-democratic militant violence.

“They came, they fired their weapons and then they took the ballot boxes away,” said Timbuktu resident Insubdar Inaboud. He said that, if able, he would have cast his vote for Cisse.

“I’m so angry. I don’t think this vote is valid, because we are also Malians,” he said.

Sunday’s poll was only Mali’s second presidential election; in July 2013, a year and a half after the coup d’etat ousting Amadou Toumani Toure, the nation chose current President Ibrahim Boubacar Keita. Returning to the polls for the 2018 election, however, means confronting a system rife with irregularities and confusion.

Keita seeks reelection, although his first term did little to improve the nation’s conditions. His election rival Soumaila Cisse promises hope for a united, peaceful Mali. Cisse’s political party, Union for the Republic and Democracy, announced a run-off vote between Cisse and Keita Monday.

Unexpectedly, a spokesman for the political party Democratic Alliance for Peace said its candidate Aliou Diallo won enough votes to claim second place and join the run-off round. The law bars candidates from announcing results before any official publication, so the lack of governmental confirmation of either rumor leaves the nation waiting for truth.

“We observed several irregularities in the distribution of electoral cards… which were done in ways that did not follow the law.”

He urged publicity of polling station information in order to better observe the voting process.

“The lists published by the government do not identify the polling stations precisely as we asked them to do,” he said. “That makes … observing difficult.”

“There is a risk people are going to complain, they might say that because the vote was disrupted, ‘We are not happy with the results.’”

“We’ve never had violence [over an election result] before, but this one is more close. Violence is very possible, if people take to the streets. We hope they don’t, but there’s a danger.”

No matter the result, the UN urges both sides to accept the result or challenge it legally in order to avoid a potential political crisis.

Official provisional results are due August 3 with a potential extension to August 12, if necessary.