Rabat - Authorities in Saudi Arabia have arrested two more women’s rights activists, adding to a growing number detained since May. 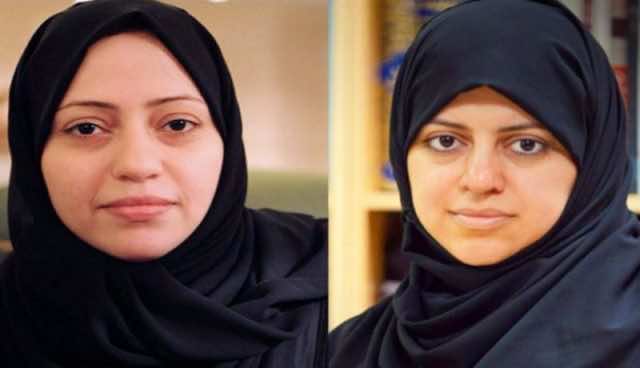 Rabat – Authorities in Saudi Arabia have arrested two more women’s rights activists, adding to a growing number detained since May.

Human Rights Watch calls for justice for Samar Badawi and Nassima al-Sadah, arrested July 30, and “the latest victims of an unprecedented government crackdown on the women’s rights movement.”

Badawi, honored in 2012 with the United States’ International Women of Courage Award, stands as a prominent figure for gender rights in Saudi Arabia.

Abused by her father for 15 years, Badawi escaped the violence in her home for shelter at a women’s protection house in 2008. Her father filed an adhl, or disobedience charge, against her, his legal basis founded in the male guardianship system.

After years of legal battles between father and daughter, as well as multiple arrests and imprisonments for her disobedience under the guardianship system, Badawi became a vocal spokesperson for human rights.

She filed a lawsuit against the Ministry of Municipal and Rural Affairs in 2011 for their refusal to register her as a voter or candidate; with this action, she became the first person in Saudi Arabia to file a lawsuit for women’s suffrage. Joining other women, she signed a petition for voting rights, ability to run as a candidate in local election, and the right to drive.

And drive she did, seven years before her right was legally confirmed; during the 2011-2012 women driving campaign Badawi drove in Jeddah weekly and challenged the legislative basis behind the now-defunct only female driving ban in the world.

In 2014 the Saudi government banned Badawi from international travel, and in 2016 authorities briefly jailed her for peaceful activism.

Two of her closest relatives already wait for justice behind bars. Her former husband, jailed for human rights activism, is currently serving 15 years. Her brother Raif Badawi received a 10-year sentence and 1,000 lashes for posting controversial opinions on his well-known blog and  creating an online space for public debate.

Although harassed and targeted by the Saudi government for years, Badawi continued to fight for human rights for women.

“The current situation is simply that there is a severe case of repression against human rights activists and peaceful political activism; we do not oppose the government and do not want its downfall, but we are calling for civil and political rights, a constitutional monarchy, an elected parliament and an independent, just judiciary.”

Al-Sadah is her colleague in activism. From the Shia-majority Qatif province, she advocates for the abolishment of the guardianship system and actively opposed the female driving ban until its removal from law in June 2018.

In 2015 al-Sadah ran as a candidate in local elections—the first year legally possible for her to do so—until authorities opposed her campaign by eliminating her from the ballot.

Both faced repeated targeting from the Saudi government, including a travel ban, for years before their arrests.

A third woman, Amal al-Harbi, was arrested this week as well. The charges against the wife of imprisoned civil rights advocate Fowzan al-Harbi, arrested for his work with a now-banned civic organization, are unknown.

What do they stand for?

Saudi Arabia has targeted over a dozen advocates for women’s rights since May, when authorities arrested prominent activists, like Loujain al-Hathlou, Aisha al-Manea, and Eman al-Nafjan, under accusations of undermining national security. Many, however, were detained without charge.

Media outlets linked to the Saudi government developed a campaign against the activists—called “traitors”—that accuses them of “violat[ing] national unity.” Potential sentences could last up to 20 years.

The rights advocates are campaigning for include the abolishment of the male guardianship system, a legislative structure placing various rights of the woman in the hands of her wali, usually a father, brother, or husband. The system requires women to ask permission of their male guardians for marriage and divorce, to enroll in higher education, to obtain a passport, to travel, to open a bank account, and to receive elective surgery.

In 2012 the government developed a network in which male guardians receive a text update if a woman under their responsibility leaves the country, more heavily enforcing the travel stipulations under the guardian system.

Not all Saudi women, however, agree on the gender-based framework; a 2008 “My Guardian Knows What’s Best for Me” petition, actively opposed to “equality between men and women,” garnered over 5,000 signatures.

A contradictory 2016 petition, the first of its kind, gathered nearly 15,000 signatures for the end of the male guardianship system. Prominent activist Wajeha Al-Huwaider analogized the legislation to slavery.

In 2015, the Global Gender Gap Report ranked Saudi Arabia as 141 out of 144 nations for gender parity. The 2018 lifting of a historical ban on female drivers, the only such legislation in the world, marked a seemingly progressive change under King Salman.

Some Saudis, however, criticize the reform as merely “cosmetic.”

Madawi al-Rasheed, a Saudi visiting professor at the London School of Economics, said the May arrests of women’s rights activists “exposed the myth that Mohammed bin Salman is a revolutionary conducting a top-down transformation of Saudi Arabia.”

“There is an ongoing campaign to silence everybody in Saudi Arabia from religious scholars to intellectuals, lawyers, activists, teachers, women, men: everybody.”

“Saudi Arabian authorities cannot continue to publicly state they are dedicated to reform, while treating women’s rights campaigners in this cruel way.”

“As the Saudi Crown Prince tours the world presenting himself as a ‘reformer,’ he is arresting the women’s rights activists who refuse to accept his tokenism, leaving it to us to make their voices heard.”

What does this mean for the future?

Human Rights Watch Middle East Director Sarah Leah Whitson said Saudi Arabia and its allies must “question what ‘reform’ really means in a country where the rule of law is disdainfully ignored.”

“Allies and partners considering opportunities for closer ties with Saudi Arabia during this period of ‘reform’ should speak out against Mohammad bin Salman’s ultimately self-defeating repression. Any economic vision that seeks to open up Saudi Arabia while throwing real reformers in jail may well end badly for everyone.”

Amnesty International’s Middle East Research Director Lynn Maalouf pointed to the arrests of Badawi and al-Sadah as a “disturbing sign that the crackdown is far from over.”

“These brave women represented the last vestiges of the human rights community in the country, and now they too have been detained. Saudi Arabia’s new leadership under Crown Prince Mohammad bin Salman has crushed any space for the existence of human rights defenders in the country.”

Maalouf called upon the international community—specifically the US, UK, and France—to pressure Saudi Arabia to “end this draconian crackdown and targeted repression of human rights activists.”

“The US, the UK, and France … have remained silent for far too long. Their silence is deafening.”