Rabat - Mio Sugita, a member of the Japanese parliament, has sparked a wave of criticism by calling LGBT people “unproductive.” 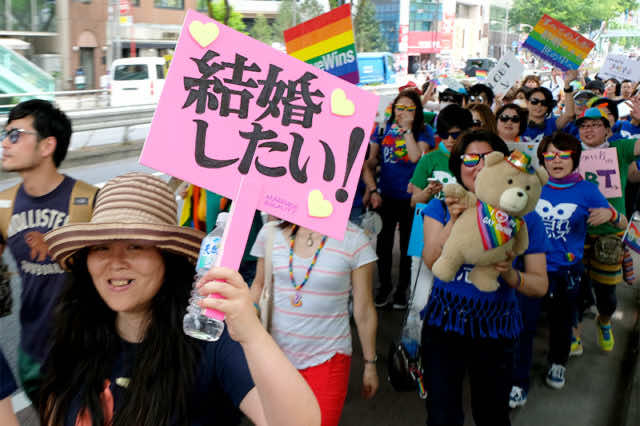 Rabat – Mio Sugita, a member of the Japanese parliament, has sparked a wave of criticism by calling LGBT people “unproductive.”

The controversy-prone MP from the parliament’s lower house argued in a recent article that taxpayer money should not be used to support same-sex couples because they are unproductive and of no use to Japanese society, the Guardian reported.

They “don’t produce children,” Sugita’s article said of same-sex couples. She added: “In other words, they lack productivity and, therefore, do not contribute to the prosperity of the nation.”

Sugita, a member of the incumbent Liberal and Democratic Party (LDP) and an ally of Prime Minister Abe, has not offered an apology for her remarks, despite the shock and the nationwide criticism her article has caused. A statement from her office has said, however, that the MP “took the matter seriously.”

While Sugita is not new to political firestorms—she once said that the use of sex slaves by Japanese soldiers during the second war, a historically documented fact, was a Korean fabrication—her LGBT comments were roundly dismissed by her own party.

Expressing its commitment to diversity and respect for minority rights, the party said in a statement that they did not support the MP’s controversial article because “it shows her lack of understanding of (LGBT) issues and consideration for the feelings of the people involved.

Despite Prime Minister Abe subsequently saying that it is “natural to aim to create a society where human rights are respected and diversity is cherished,” the party’s perceived offhand attitude towards LGBT and minority issues ignited further criticism earlier this week when Tomu Tanigawa, another LDP MP, said that homosexuality was “a matter of choice.”

When asked to comment on his “matter of choice” statement, Tanigawa offered a more ambivalent explanation, saying that while he did not oppose same-sex relationships, he disapproved of the legalization of same-sex marriages.

“A man and woman get married and have children. That is how a traditional family is formed,” Tanigawa said. “Humans have been doing so from antiquity to prevent nations from falling into decline and ruin.”