Rabat - A number of high-profile music festivals and other cultural events in Algeria have been met with waves of “Islamist” protests. 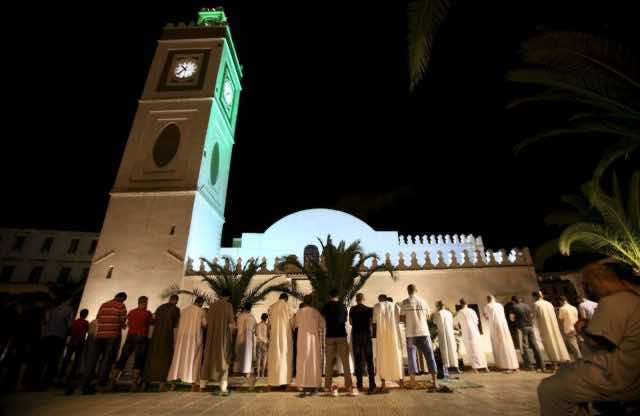 Rabat – A number of high-profile music festivals and other cultural events in Algeria have been met with waves of “Islamist” protests.

Local outlets reported the series of incidents late last week. Protesters, who at first said that they were demonstrating against government policies and bad governance, started increasingly targeting cultural events, including concerts and festivals.

According to Algerian outlet Casbah Tribune, the wave of protests gained traction in Sidi Bel-Abbes, a town in western Algeria. As festival-goers prepared to attend the National Festival of Rai Music, a number of people blocked the entrance to the festival hall, settling down in front of the facility to pray the isha (evening) prayer.

After barring attendees from accessing the festival, demonstrators also sought to storm the hall. Only police intervention prevented the disruption and allowed the festival to continue.

According to some accounts in other local outlets, the protest movement actually began on July 26 as a wake-up call to the government and local authorities in places where cultural events were scheduled.

Through their online platform, protesters reportedly raised concerns about living conditions, requesting higher wages and measures to curb unemployment. They also asked for festivals to be cancelled, claiming that the money ploughed into organizing “these illicit and immoral” events could be used better for the public good.

‘Culture is an easy target’

In towns like Bechar, Ouargla, and Bejaia, the wave of “pacifist public collective prayers” succeeded in compelling authorities to cancel festivals.

“We are being targeted for trafficking music and possessing musical instruments of massive destruction,” joked Abdou El Ksouri, a musician due to perform at the Ourgla Rai Festival, after his concert was cancelled. He spoke of Algerian Islamists’ “issue with culture,” claiming that they hated its liberating potential.

“There are those for whom these festivals were just a pretext to vent their ideology-based anger,” wrote Algerian outlet El Watan.

Algerian poet and academic Achour Fenni told El Watan that some in Algeria would do anything to keep culture and cultural events at bay to sustain their hardline religious convictions. “Culture is an easy target,” the academic said, explaining that instigators of such demonstrations want a society of uncritical and follow-the-rules subjects.

“Why do they schedule their protests only when festivals and cultural events are programmed? Have they ever demonstrated during football matches, for example?” the poet asked.

Like many in Algeria’s “intellectual” circles, Fenni linked the recent wave of “anti-culture demonstrations” to the possible return of the FIS (Islamic Salvation Front), the defunct Islamist party that troubled Algeria’s political landscape in the late 1980s and early 1990s.

“Terrorism is not only fought with weapons; it does not only nest in compounds,” Fenni said. He suggested that towns where authorities gave in to “Islamist” pressures have indirectly legitimized the “backward” ideology demonstrators want the whole Algerian society to espouse.