Rabat - AS Roma has not forgotten Hakim Ziyech. After chasing the Moroccan midfielder for over six months, is Roma in sight of a deal? 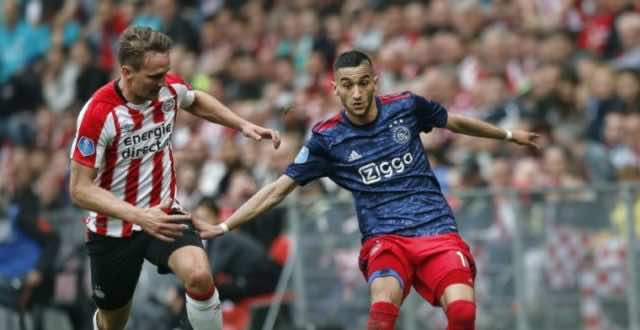 Rabat – AS Roma has not forgotten Hakim Ziyech. After chasing the Moroccan midfielder for over six months, is Roma in sight of a deal?

According to Calcio Mercato, two weeks before the end of the summer transfer window, AS Roma is eager to have Ziyech’s skills, especially after Ajax Amsterdam showed it was willing to sell the player for €25 million. The club had previously asked for €37 million.

The 25-year-old football player has already expressed his wish to leave the Netherlands, even though his contract with the Dutch team extends until June 2021.

if Ziyech joins the ranks of AS Roma, the semi-finalist last season in the Champions League, he will be the third Moroccan player to wear the colors of the club after Houcine Kharja and Mehdi Benatia.

Moreover, Ziyech will be the second Ajax player to join the Italian giant following Justin Kluivert, who will join Roma this summer. Kluivert signed with AS Roma for €20 million.

Ziyech may consider AS Roma’s offer, especially after his Dutch club replaced his traditional number 10 jersey with number 22. The Moroccan football player learned of the change through Ajax’s official website.

The Atlas Lion was not happy to hear he was losing number 10. Not sure it will keep the Atlas Lion, Ajax decided to give Ziyech’s number to one of their new players, Dusan Tadic.

In April 2018, Ajax named Ziyech player of the year after he led his Dutch team to a major win over AZ Alkmaar (3-0). The award recognized Ziyech’s excellent performance with the Dutch team this season.

Born in the Netherlands to Moroccan parents, Ziyech chose to represent Morocco internationally. On October 2015, the player made his debut for Morocco in a friendly with Côte d’Ivoire, which ended with a 0-1 victory for Côte d’Ivoire.

In 2014, Ziyech left Heerenveen for FC Twente, with whom he signed a four year contract. The footballer then signed with Ajax in 2016.