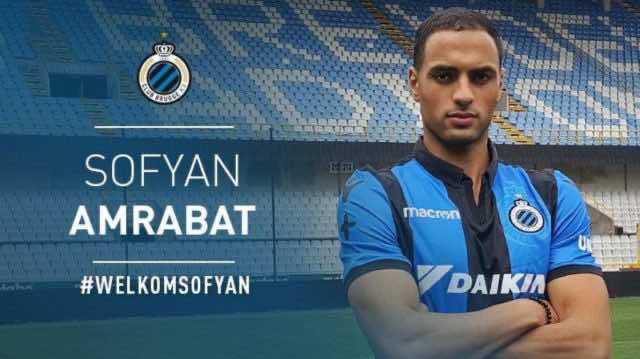 The Belgian club announced the arrival of the 22-year-old midfielder on Friday, August 24, on its social media pages.

Last summer, the midfielder left Utrecht for Feyenoord where he signed a 4-year contract for €5 million.

Last season, the Atlas Lion played 31 games for the Dutch club (making 2 goals and 2 assists), including six in the Champions League.

Martin van Geel, the technical director of Feyenoord, explained the player’s departure on the team’s website.

“Sofyan has been telling me for months that he has a lot of problems with his play role at Feyenoord. it’s very unfortunate to learn his departure, because the competition is part of a high-level club, and of course you try to manage that.”

“If a player wants to leave immediately, the ultimate goal is to find a solution that always puts the interests of the club at the forefront and takes into account the circumstances,” he added.

Renard praised the footballer for his good performance during the match.

On November 11, 2017, he officially joined the Moroccan team in his first game against Côte d’Ivoire for a World Cup qualifier (2-0).

In May 2018, Renard chose Amrabat to take part in the 2018 World Cup in Russia with his brother Nordin Amrabat.

Sofyan Amrabat made a 2018 World Cup appearance against Iran in Morocco’s first game at the tournament. He replaced his older brother Nordin Amrabat in the 76th minute in the right-back position. However, it was not enough as Morocco lost to Iran 0-1 with an own-goal from Aziz Bouhaddouz.