The 20-year-old footballer is a Dutch-born Moroccan who currently plays for FC Utrecht as a midfielder. Herve has called for Amrabat’s support, due to the injury of Mounir Obbbadi, which prevented him from playing. 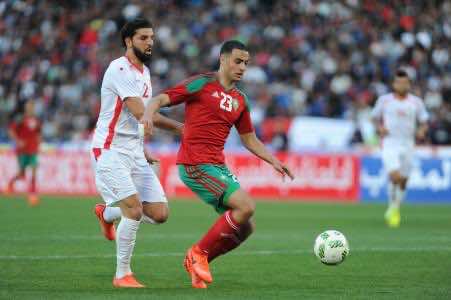 Ambrabat is following in the path of his older bother, Nordin Amrabat, who currently plays as a winger for the English club, Watford. The two siblings are expected to play against their birthplace team, the Netherlands, in a friendly match at Mohammed V stadium in Casablanca in May

According to Moroccan media reports, Sofyan has urged the national team’ coach to call up some notable footballers in the Netherlands, including Yassin Ayoub, Mimoun Mahi, Hakim Ziyech and Iliass Bel Hassani.