Rabat - Morocco’s 12-century-old Al Quaraouiyine Library in Fez has made it into Time’s first annual list of the world’s greatest places. 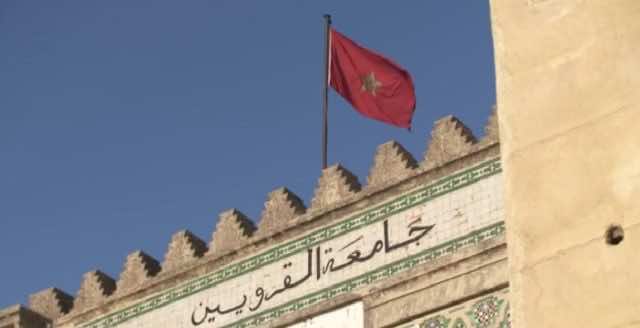 Rabat – Morocco’s 12-century-old Al Quaraouiyine Library in Fez has made it into Time’s first annual list of the world’s greatest places.

Al Quaraouiyine, the world’s oldest still-operating library, is home to some of the world’s most priceless manuscripts from the 9th century, including an old version of Qur’an and one of the earliest collections of hadiths, the sayings of the Prophet Mohammed with accounts of his daily practice.

The library is also home to a 12th-century astronomy text and a 14th-century tome on jurisprudence.

As part of a restoration project, architects added a temperature-controlled room to the Quaraouiyine Library in 2012 to preserve the most priceless manuscripts.

Restorers also built space in the basement where the maintenance of the library’s more fragile pieces can be completed.

Located in the heart of the spiritual city of Fez, the library positioned itself as a hub of learning for scholars throughout the centuries.

The library, along with the famous Al Quaraouiyine mosque and university in Fez were founded in 859 AD by Fatima El-Fihriya, the daughter of a rich merchant family who immigrated to Fez from the town of Qayrawan in modern Tunisia.

The library underwent restoration and was reopened to the public in May 2016.

Quoted by Time, Fez-born architect Aziza Chaouni said that the library is “the soul of the city.”

The library, however, was “something of a closed book, open to only scholars,” added Time.

The library reportedly became accessible to domestic and foreign tourists, owing to a “government initiative and a restoration led by Chaouni.” However, foreign tourists report that they are still prevented from entering the library.

Chaouni also had the chance to make her touches on the historical site as she was appointed by the Ministry of Culture to restore the library.

“It’s probably the thing I’m most proud of,” she says. “The heritage needs to live. It can’t be thought of as this mummy we need to preserve,” Chaouni told CNN in 2017.

In April 2017, CNN also released a seven-minute video featuring the history of the library and restoration efforts.

CNN was fascinated by every part of the library’s treasures. The video starts with a presentation of the library’s famous door, which is made of copper and has a 16th century security system: four locks.

The library is home to 30,000 books and manuscripts.