Rabat - Moroccan and South Korean officials have met to reinforce bilateral ties and economic cooperation between the two countries. 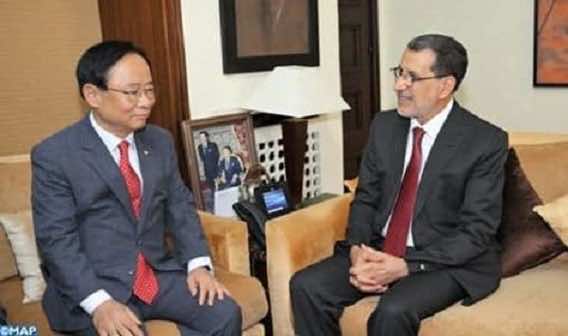 By
Tarek Bazza
-
Tarek Bazza is a journalist at Morocco World News with Master’s degree in Translation from King Fahd School of Translation in Tangier.
Aug 29, 2018
Spread the love

Rabat – Moroccan and South Korean officials have met to reinforce bilateral ties and economic cooperation between the two countries.

The two officials discussed bilateral opportunities for cooperation in renewable energies, tourism, and the automotive industry, according to the state-owned news agency Maghreb Arab Press (MAP).

The meeting was held during Ju-Young’s visit to the kingdom at the head of a parliamentary delegation. The South Korean ambassador to Morocco also attended the meeting.

El Malki praised the friendship between Morocco and South Korea and said the two countries “share the same values ??regarding the strengthening of peace, security and unity of peoples, and preserving the territorial integrity of countries,” according a statement by the House of Representatives.

The North African country and the Asian country established diplomatic relations in 1962.

For his part, Ju-Young said, “The Republic of Korea attaches great importance to strengthening its relations with Morocco, a country distinguished by its important geostrategic position, as a gateway to Africa and a link with Europe and the Middle East.”

El Malki noted that a parliamentary economic forum of the House of Representatives and the National Assembly of South Korea will be scheduled for early 2019. The forum will be an opportunity to examine ways to develop economic, trade, and technological cooperation between the two countries, he added.

Speaking about the parliamentary economic forum, Ju-Young said, “The National Assembly will actively contribute to the success of the Moroccan-Korean economic parliamentary forum.”

The Moroccan official also described South Korea’s experience, which represents a model of development based on human resources development, as “interesting and useful.”

Ju-Young said his visit came following the Moroccan head of government’s official visit to South Korea in May 2018.

Many ministers accompanied Morocco’s head of government during his visit to South Korea to discuss bilateral cooperation between the two countries. The Asian and the North African country signed an MoU between their legislative institutions.

However, Moroccan-Korean trade represents only 0.9% of all Moroccan trade, according to Mohammed Tawfik Mouline, director general of the Royal Institute for Strategic Studies (IRES).

Mouline cited “the non-diversification of the trade” as one of the major obstacles to “Moroccan trade relations.” 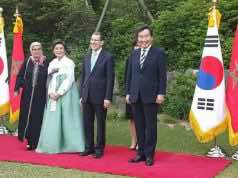