Rabat- Khadija’s parents have filed a complaint against Moroccan-Tunisian tattoo expert, Linda Paradis, for accusing their daughter of lying about receiving involuntary tattoos. 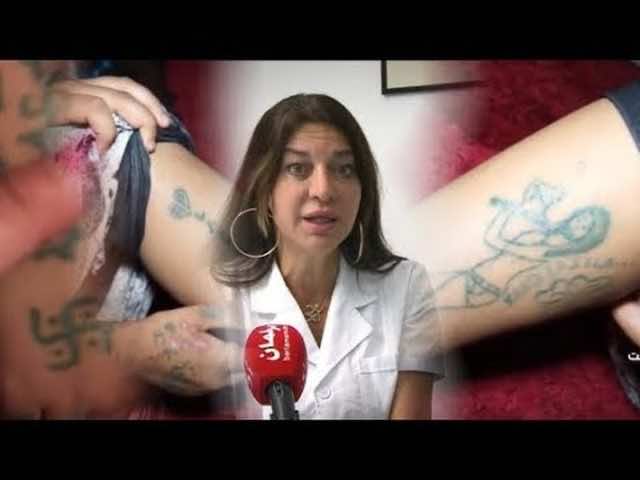 By
Ahlam Ben Saga
-
Ahlam Ben Saga is a Cultural Studies graduate from university Mohammed V of Literature and Humanities in Rabat.
Aug 31, 2018

Rabat- Khadija’s parents have filed a complaint against Moroccan-Tunisian tattoo expert, Linda Paradis, for accusing their daughter of lying about receiving involuntary tattoos.

Khadija, 17, had claimed she was kidnapped, raped, held in captivity, and tattooed involuntarily this summer. However, a professional tattoo remover calling herself “Linda Paradis” asserted that the tattoos were too old to corroborate her story, suggesting that Khadija was the one who inflicted them on herself.

“The skin of the girl was perfectly healed, so her tattoo would go back at least six months. She made her tattoos to hide scars with a knife that she inflicted to herself a year ago or more,” Linda Paradis said in an interview with Arabic outlet Barlamane.

“There is no crust, no redness, no inflammation; I have a lot of doubts.… I offered [Khadija] a medical follow-up; she was only asking for money. I also tried to offer psychological support, but it ended badly with the family,” she added.

Khadija’s new lawyer, Youssef Chehbi, said in a statement to Moroccan news outlet Le 360, ”If this woman was really a professional as she claims to be, she wouldn’t have disclosed such information about Khadija to change the course of justice.”

Linda Paradis’ statements support those of the parents of suspects arrested for raping her. The mother of two suspects said that Khadija asked “for the tattoos and they were not forced on her by anyone.”

The mother added that she would defend the victim herself if Khadija were really a victim as she claimed.

Another parent questioned Khadija’s allegation, claiming that if what she charged of his son were true, the victim’s father would have filed a complaint about his daughter’s absence.

The 17-year-old teenager from Oulad Ayad, a small town near Beni Mellal in central Morocco, recounted that she was held captive and raped by 10 men who tortured her.

Khadija explained that she tried to escape several times, but each time she was caught and tortured. “They didn’t give me food or drink, and I was not even allowed to take a shower.”

Earlier this week, Moroccan authorities arrested twelve men, aged 18 to 28, on suspicion of raping Khadija. An authority told AFP that the general prosecutor of the Criminal Division of the Beni Mellal Court of Appeal had decided to prosecute and to put the suspects in pre-trial detention.

To show solidarity with the victim, Moroccans have addressed a Change.org petition to King Mohammed VI and public authorities to restore Khadija’s dignity. The hashtag #JusticePourKhadija (Justice for Khadija) was also created by social media users.