Rabat - Morocco’s Court of Auditors has identified serious deficiencies in public and private schools regarding infrastructure, reception capacity, and number of teachers. 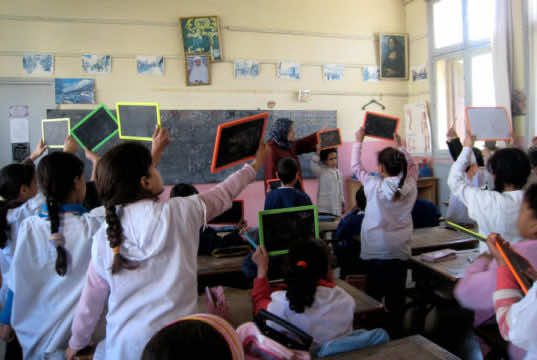 By
Tarek Bazza
-
Tarek Bazza is a journalist at Morocco World News with Master’s degree in Translation from King Fahd School of Translation in Tangier.
Aug 31, 2018
Spread the love

Rabat – Morocco’s Court of Auditors has identified serious deficiencies in public and private schools regarding infrastructure, reception capacity, and number of teachers.

In its 2016-2017 annual report, the Court of Auditors found deficits in basic facilities of some schools, such as connections to drinking water, electricity, and sewage.

Some other schools did not have basic infrastructure such as fences, sanitary units, sports fields, multimedia rooms, libraries, internet connections, and teaching materials.

The Court of Auditors made its report public on Monday, August 27.

Classrooms unused because of too few teachers

The court also noted that some schools have multiple grade levels in one class.

According to the report, the lack of teachers, educators, and financial support led to the “non-use of some rooms dedicated for pre-school education.”

Boarding schools and school cafeterias suffer from congestion in reception capacity and inadequate reception conditions. They also do not have enough adults to supervise students.

Some schools lack reception infrastructure for children with special needs and preschool students; other schools have insufficient safety and health conditions.

The report mentioned an overall failure to achieve the goal of generalization of basic education for all children beginning at age 6.

On July 12, Minister of National Education, Vocational Training, and Scientific Research Said Amzazi said that the ministry will launch a national program of generalization and reform of the pre-primary education in Morocco. The program, including the 2018-2019 academic year, was to start on July 18 and run to 2028.

Concerning the pedagogical supervision of students, the report recorded “failure to respect the regulatory working hours,” particularly in secondary and high school.

Lack of pedagogical inspectors’ supervision of teachers, especially through continuous training, was also cited in the report.

The court recorded “non-pedagogical teaching practices,” such as schools failing to make up class time when teachers were absent and decreasing class hours for some subjects and dropping other subjects for lack of teachers.

Many private schools do not respect equipment standards set in Article 4 of Law 06.00 on private education, the Court of Auditors stated.

These include the lack of sports fields, medical monitoring, and exceeding reception capacity by 50 percent.

When supervising the private schools, the court found that the majority of private schools, particularly secondary and high school, do not comply with the minimum threshold of permanent teachers, which is set at 80 percent by Article 13 of Law 06.00.

Overall, the report noted that regional education and training academies (AREF) have not fulfilled their mission to train and supervise teachers and to evaluate the performance of private schools.