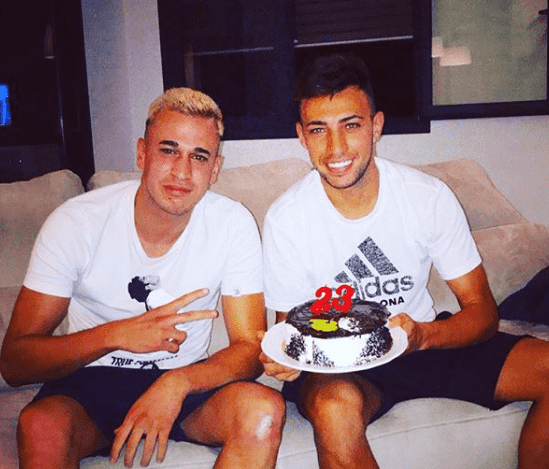 Celebrating with his friends and family at a nightclub in Madrid, the FC Barcelona player did not expect to end his night arguing with the police.

According to Spanish outlet El Mundo, El Haddadi booked a private space at the nightclub to mark the occasion. His birthday party lasted seven hours, and he drank and smoked hookah with friends and family.

When the nightclub produced a bill for €16,000, El Haddadi refused to pay, explaining that the sum did not correspond with what he consumed. It took the intervention of the police to calm the player and the owners of the club reported El Mundo.

The striker finally paid the bill, accepting a small discount of €1000.

El Haddadi will have to leave the incident behind to focus on his season with FC Barcelona, which decided to keep him rather than loan him to another club.

The French sports secretary, confident of El Haddadi’s abilities, has high hopes to see him rise this season, despite the fact he sat on the bench for two seasons between 2015 and 2017.

During his youth, the footballer also played for several Spanish clubs, including Atletico Madrid, FC Valencia, and Rayo Majadahonda.

Born to Moroccan parents in Spain, El Haddadi represented the Spanish national Under 19 team and Under 20 team. He made a brief appearance on the pitch as a substitute at an international game against Macedonia in 2014. His appearance then ruined his chances to switch sporting nationalities and represent the Moroccan national football team, according to FIFA eligibility rules.