Rabat- Nasser Bourita has said, during the Global Counterterrorism Forum (GCTF), that the number of global terrorist attacks decreased by 20 percent in 2017. 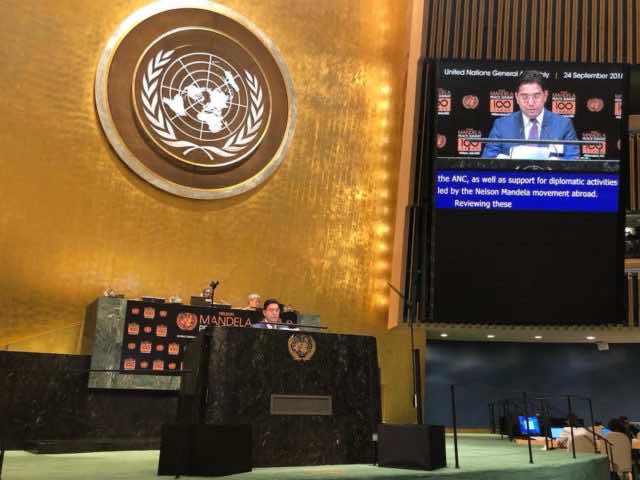 By
Ahlam Ben Saga
-
Ahlam Ben Saga is a Cultural Studies graduate from university Mohammed V of Literature and Humanities in Rabat.
Sep 27, 2018
Spread the love

Rabat- Nasser Bourita has said, during the Global Counterterrorism Forum (GCTF), that the number of global terrorist attacks decreased by 20 percent in 2017.

Bourita pointed out that the number of terrorist attacks in the world was estimated at 10,900 attacks in 2017 which caused the death of 18,488 victims, down 20 percent compared to 2016.

Bourita stated, according to Maghreb Arab Press (MAP), that member countries must take effective measures against the “misuse” of online social networks to promote extremist propaganda.

“Our approach must remain strategic, with a long-term perspective that goes beyond territorial victories to face the foundations of terrorist and extremist ideologies,” he said.

Bourita also warned of the threat that repatriated fighters and their families represent, calling for “extreme and continued vigilance” to detect actions such as incitement of people to carry out terrorist attacks.

Bourita said that more attention should be paid to regions such as the Middle East, North Africa, South and Southeast Asia and sub-Saharan Africa. The five regions were the target of 93 percent of the attacks in 2017.

Morocco and the US will co-lead an “Initiative on Improving Capabilities for Detecting and Interdicting Terrorist Travel through Enhanced Terrorist Screening and Information Sharing.” The initiative was agreed on during the meeting.

Morocco and the US have been allies in combating terrorism, especially within the framework of GCTF.

In its newest Country Reports on Terrorism, the US Department of State praised Morocco’s efforts to combat terror threats globally, reiterating that the North African country has a “comprehensive counterterrorism strategy that includes vigilant security measures, regional and international cooperation.”

In January 2018, the US Department of Defense gave Morocco arms equipment worth $18 million to reinforce the country’s special forces units combating terrorism, in light of the threat ISIS poses to North African countries. The US allocated $60 million as security assistance to allies in the MENA region.

Meanwhile, the US and Germany will co-lead the initiative to “Counter Unmanned Aerial System Threats” to raise awareness of the “growing” threat that drones pose and make plans to tackle those threats.

According to the US Department of State, “Both initiatives will produce a set of non-binding good practice documents for endorsement at the GCTF Ministerial in 2019.”

The GCTF is a apolitical and multilateral counter terrorism platform launched on September 22, 2011, in New York.

The objective of GCTF is to develop a strategic approach to counterterrorism and prevent the violent extremist ideologies supporting terrorism.