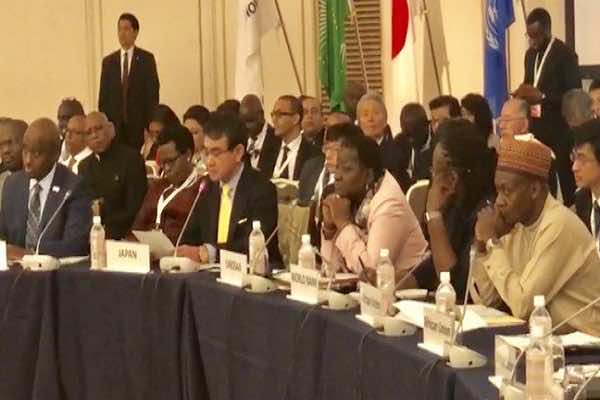 The Japanese foreign minister stressed that his country does not recognize Polisario as a state.

Kono held bilateral meetings with African foreign ministers to further develop relationships with African countries. The meeting is being held October 6-7 in Tokyo.

“Even if a group which claims itself as a state which Japan does not recognize was sitting in this room, this fact does not mean that Japan, in any way, implicitly or explicitly recognize it as a state,” Kono said o fthe ministerial meeting.

Kano further stressed that any flag “other than that of African Union, co-host organization, or Japan” was not allowed in the meeting room.

“Any one who disrupts order may be asked to leave the room,” he concluded his speech.

The main objectives of the meeting are “to review the progress of measures announced at TICAD V and VI at the ministerial level,” according to a statement by Japan’s Ministry of Foreign Affairs.

During the previous TICAD ministerial meeting, the Japanese foreign minister condemned Mozambique’s attempt to give a seat to Polisario at TICAD’s follow-up meeting, held August 24-25, 2017, in Maputo, Mozambique.

Kono expressed “his deep regrets about the incident and the confusion during the opening session of TICAD ministerial meeting” during talks with Moroccan foreign minister Nasser Bourita.

Japan’s position is a huge setback to the Polisario, whose leaders have long sought to use the African Union as a cover to gain international recognition.