Rabat - The minister of economy and finance has reassured King Mohammed VI that the 2019 Finance Bill will prioritize social policies, including education and health. 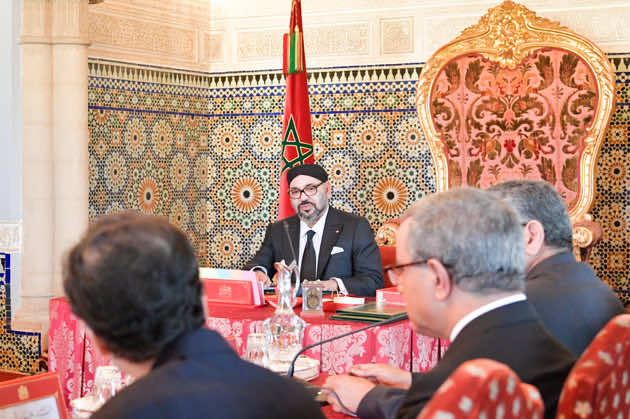 Rabat – The minister of economy and finance has reassured King Mohammed VI that the 2019 Finance Bill will prioritize social policies, including education and health.

The royal cabinet released a statement explaining Minister of Economy and Finance Mohamed Benchaaboun’s goals for the 2019 budget. Benchaaboun hopes to spend the government budget on education, health, employment, and social dialogue.

The sectors of education, health, and employment, have been the focus of public protests and ongoing discontent in recent years.

The statement does not give any specific numbers for the budget.

In a presentation before King Mohammed VI at Wednesday’s ministerial council, the minister outlined his vision for the 2019 finance bill.

In his speeches for Throne Day and the Anniversary of the King and People’s Revolution, the King urged the government to take steps to end social disparities, to focus on education and to meet the citizens’ demands.

Ahead of Throne Day, President of the Court of Auditors Driss Jettou presented his annual report to King Mohammed VI on the government’s performance in implementing social programs and reforms.

The report noted irregularities in many projects and numerous projects that were never completed in several sectors, including tourism, health, and education.

The report found that Morocco’s schools are not achieving basic stands, while hospitals are facing serious irregularities.

In response to the reported irregularities and abandoned projects, the minister of economy said that the Finance Bill will focus on strengthening the role of education system in the training and socio-economic integration of young people.

The bill also aims to rehabilitate administration services as ordered by the King in his speeches.

El Othmani tweeted, “We believe in the importance of improving the social status of citizens. In the 2019 bill, we will attach special importance to social policies, especially education, health, employment, and social protection programs. We will also accelerate the success of social dialogue and support purchasing power.”

The ministerial council also promoted staff at the General Directorate of Emergency Services as part of the royal support for the staff.

During the meeting, the ministerial council adopted a draft law on the foundation of emergency services social work to improve their housing and medical coverage.

The council also approved a draft law setting the legal retirement age for the auxiliary forces in accordance with the same terms and conditions for the Royal Armed Forces (FAR).