Rabat - The Qatar Chamber (QC) has received a Moroccan trade delegation to discuss ways to promote trade relations between Qatar and Morocco.

By
Tarek Bazza
-
Tarek Bazza is a journalist at Morocco World News with Master’s degree in Translation from King Fahd School of Translation in Tangier.
Oct 11, 2018
Spread the love

Rabat – The Qatar Chamber (QC) has received a Moroccan trade delegation to discuss ways to promote trade relations between Qatar and Morocco.

QC’s Vice-Chairman Mohamed bin Ahmed Al Kuwari chaired the meeting on Tuesday, October 9, in Doha. QC is the leader of the private sector in Qatar.

The Moroccan trade delegation visiting Qatar included members of the Moroccan Association of Exporters (ASMEX) and representatives of Moroccan companies.

The Moroccan ambassador to Qatar, Nabil Zniber, headed the visiting delegation. Zniber said that the visit’s objective was to “strengthen cooperation ties with the Qatari private sector.”

Speaking at the meeting, Al Kuwari said that Morocco “is an attractive and safe destination for investments,” reported the daily newspaper the Peninsula Qatar.

Al Kuwari stated the significance of the many MoUs and agreements signed by the Moroccan-Qatari high joint cooperation committee in March in Rabat.

In March, Morocco and Qatar signed 11 agreements, MoUs, and action programs in many sectors including education, media, agriculture, housing, and industry.

Al Kuwari said the agreements will open “new areas of cooperation between Qatari and Moroccan businessmen.” The trade volume between the two countries reached QAR 330 million (MAD 856 million) in 2017.

The Qatari private sector has strong cooperation ties with Morocco.

Qatari Diar Real Estate announced Tuesday, October 3, the opening of the first phase of the Al Houara project in Tangier in the second quarter of 2019. The infrastructure of the project, which is worth QR 700 million (MAD 1.8 billion), will be completed by the end of 2018.

The project’s first phase includes the construction of a Hilton Luxury Hotel and an 18-hole golf course.

There are “117 Qatari-Moroccan companies operating in the Qatari market and six companies with 100 percent Moroccan capital in sectors of fashion, construction, building, hospitality, services and decorations,” Al Kuwari asserted.

The total capital of Qatari-Moroccan companies is QAR 20 million, he added.

During the meeting in Qatar, the Moroccan Agency for Developing Investment and Exports (AMDIE) presented the Moroccan economic profile and investment opportunities in Morocco. 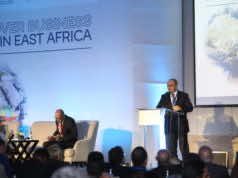