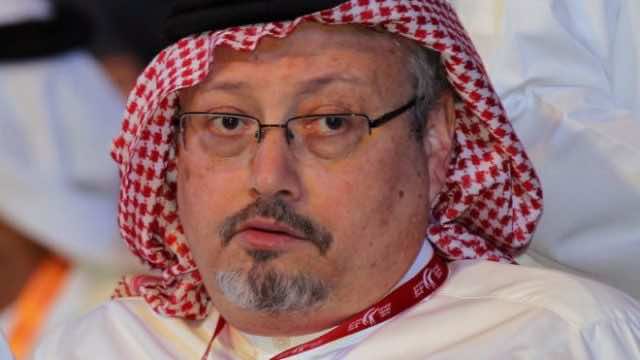 Turkish newspaper Sabah reported that Jamal Khashoggi, who went missing for more than a week now, recorded his murder and torture through an Apple Watch.

Quoting the newspaper, the Independent reported that the watch had synced with the journalist’s phone, which he left with his fiancee, Hatice Cengiz, outside Saudi consulate in Istanbul.

A footage taken by camera surveillance outside the consulate shows the journalist entering the consulate on October 2, but no video showed him leaving.

In an interview with CBS, US President Donald Trump promised “severe punishment” if Saudi Arabia is involved in the alleged murder of the journalist.

Turkish officials believe that the journalist was killed by a “hit squad.” Saudi Arabia denied its involvement in the disappearance of the journalist.

Saudi Arabia is under international pressure with many foreign officials and businssemen expected to boycott an international business summit scheduled to take place in the coming days in Saudi Arabia.

BBC said that the US and UK are considering to boycott the conference as well amid the disappearance of the journalist.

BBC also quoted diplomatic sources who said that “the US Treasury Secretary Steve Mnuchin and UK International Trade Secretary Liam Fox might not attend the event, which is being hosted by the kingdom’s Crown Prince Mohamed bin Salman to promote his reform agenda.”

Khashoggi was known for his vocal criticism of Saudi Crown Prince Mohammed bin Salman’s foreign policy decisions towards Qatar, Canada, and the war in Yemen, as well as his crackdown against dissenting voices in Saudi Arabia.

In March, the Saudi journalist questioned the freedom of the press in Saudi Arabia and criticized the Saudi Crown Prince for his crackdown on dissent.

The self-exiled Saudi journalist said, “Now nobody will dare to speak and criticize the reform … It would be much better for him to allow a breathing space for critics, for Saudi intellectuals, Saudi writers, Saudi media to debate.”