Rabat - Moroccan international footballer Hamza Mendyl has apologized after angering hundreds of his followers by insulting a critical fan.

Rabat – Moroccan international footballer Hamza Mendyl has apologized after angering hundreds of his followers by insulting a critical fan.

One of Mendyl’s Instagram followers criticized the footballer’s performance in the midfield during the Morocco-Comoros game on Saturday, October 13, in Casablanca.

Mendyl responded in a comment harshly insulting the fan’s mother.

After some time, Mendyl acknowledged his mistake and posted a story on his Instagram account to apologize to the fan.

“I would like to apologize to the supporter I spoke to last night; I should not have made such comments, even if I was still under pressure due to yesterday’s game,” Mendyl wrote.

“I will never allow myself to insult a supporter or his family, I know the love you have for our team and I will do everything to make you proud in the future.  I accept your criticism, sorry. Forgive me,” Hamza regretted. 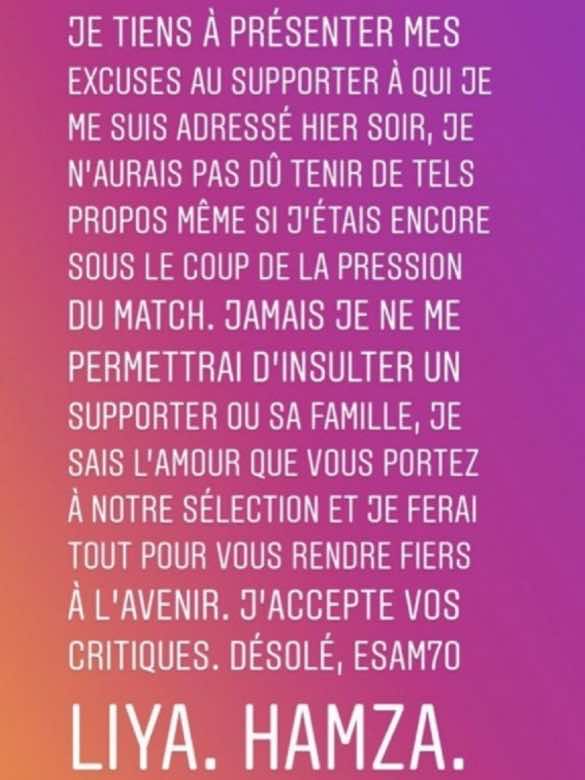 Morocco’s Atlas Lions 1-0 victory in their game with Comoros was not a source of pride for many, including the team’s head coach, Herve Renard.

Renard said that he was very disappointed at their performance.

“We played everything but football,” Renard said.

The Moroccan footballer, who is of Ivorian descent, was born in Casablanca.

He made his senior debut for the Moroccan national team in a 2017 Africa Cup of Nations (CAN) qualifier win (2-0) over Sao Tome.

Mendyl also played with the national football team during the 2018 World Cup in Russia.