Rabat- A leaked audio recording between ONCF employees has blamed the Bouknadel train derailment on the train’s speed. 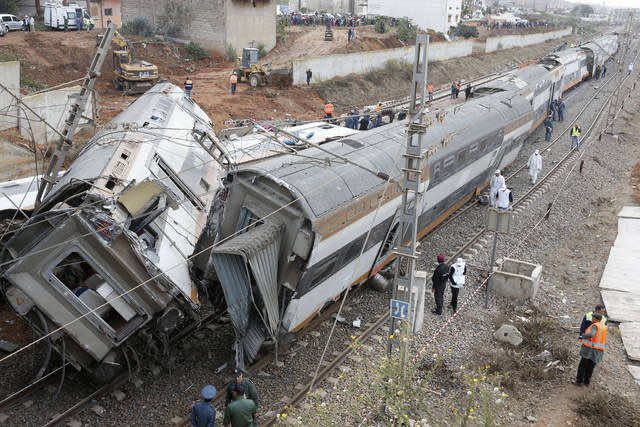 By
Ahlam Ben Saga
-
Ahlam Ben Saga is a Cultural Studies graduate from university Mohammed V of Literature and Humanities in Rabat.
Oct 17, 2018
Spread the love

Rabat– A leaked audio recording between ONCF employees has blamed the Bouknadel train derailment on the train’s speed.

Employees blamed the Bouknadel train tragedy on Tuesday morning, which killed 7 and injured 125, according to the most recent statistics. on technical issues on the track.

Train No. 9 linking Rabat and Kenitra on the Casablanca-Kenitra line derailed on Tuesday at 10:20 a.m.

According to a recording of a phone conversation between ONCF employees which is circulating online on Wednesday, the train was running at 120 kilometers per hour, double the speed it was supposed to.

The train was supposed to run at 60 kilometers per hour in the area where the train derailed.

One of the employees stated that the technical issues on the track were noticed last Friday, however ONCF did not properly communicate the speed limit to drivers or take it into consideration.

One of the speakers urged: “It’s about time that we speak up about our rights.”

Morocco World News has contacted the Media and Press department at the Ministry of Equipment, who said that they do not know of the recordings.

The King’s attorney general at the Rabat Court of Appeal is leading an investigation into the accident at the request of King Mohammed VI.

The King expressed his deep condolences to the families of victims and said he would personally pay for the burial expenses in a royal message issued on Tuesday at noon.

Minister of the Interior Abdelouafi Laftit, Minister of Equipment Abdelkader Amara, and Khlie all came to the scene of the accident within hours. 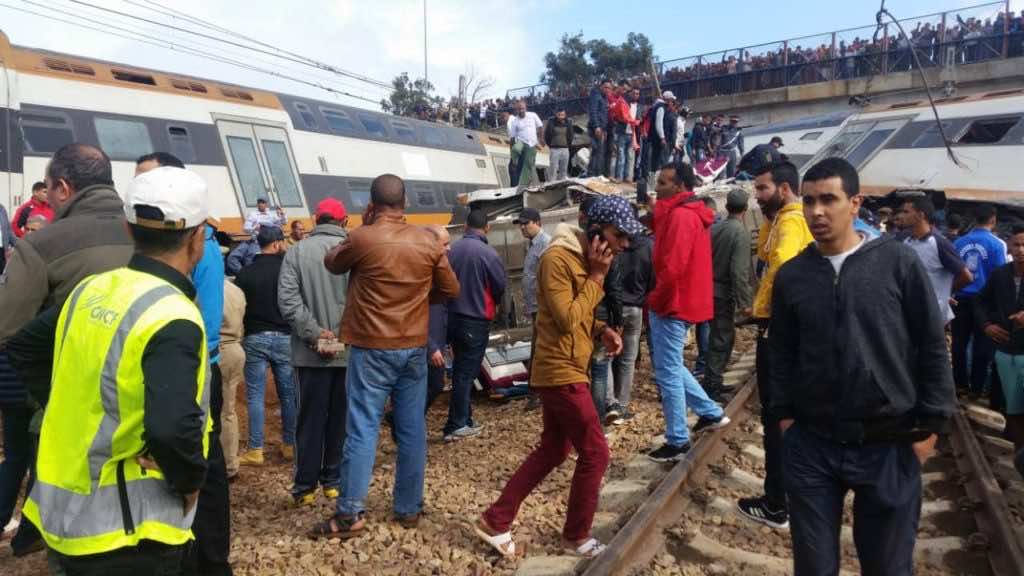 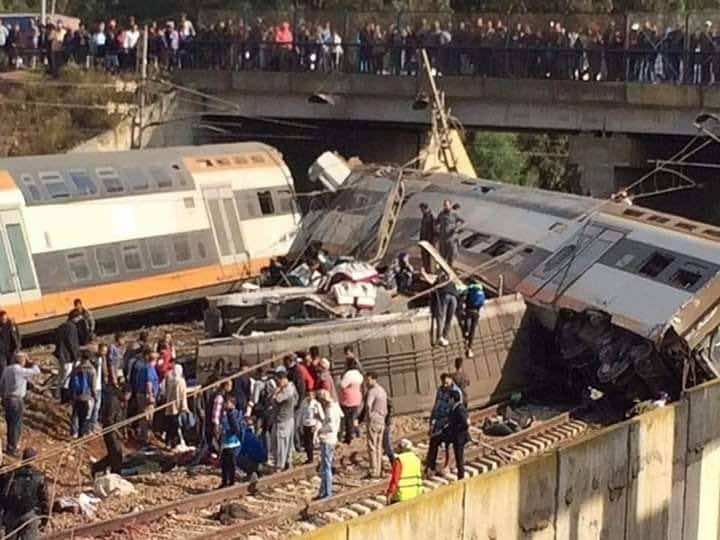 In addition to delays in arrival of ambulances which prompted passengers and passersby to take initiative and retrieve bodies from the train, government officials were slow to respond or provide information.

Many Moroccans have also criticized the government and ONCF for lack of communication on the accident and their inability to clarify the causes of the tragedy.

For his part, Khlie told Moroccan media in an impromptu press conference at the scene that 10 ambulances arrived quickly to care for the injured. He said buses were to be provided for travelers to compensate for the suspended trains.

ONCF had cleared the first railway track at the scene and begun running trains by Wednesday noon. ONCF has invited passengers in a statement “to inquire at stations or by calling 2255 for information before traveling.”

ONCF stated that it is currently preparing to repair the two other tracks.

At the request of the King, rescuers and royal gendarmes transported the victims to the military hospital in Rabat.

Khlie also avoided commenting on passengers previous repeated complaints about delayed trains. He said the issue is “out of context” and, “We should respect the victims of the incident.”

Concern over ONCF’s safety policy has risen, especially as ONCF plans to launch Morocco’s high speed train (LGV) between Casablanca and Tangier. LGV is expected to start operating by the end of 2018. 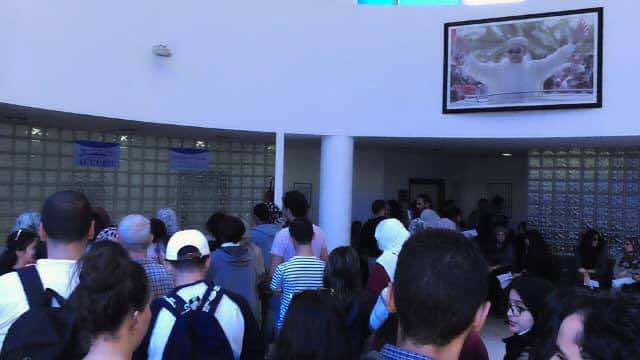 The news of the accident shook Moroccans and created a solidarity movement in the capital.

Many people in Rabat, including royal gendarmes volunteered to donate blood for the victims at the Regional Center for Blood Transfusion.

The center has taken 549 sacks of blood since the accident. The center only had to use 16 so far, according to the head of the center, Mohammed Benajiba.

An employee at the center told Morocco World News late yesterday that it was mobilized to help train accident victims, specifying that many donors are university students, and they continued to arrive in big groups to donate since the accident.