Rabat- Kuwait and Guinea Bissau have both reiterated support for Morocco’s territorial integrity at the 4th Committee of the United Nations General Assembly. 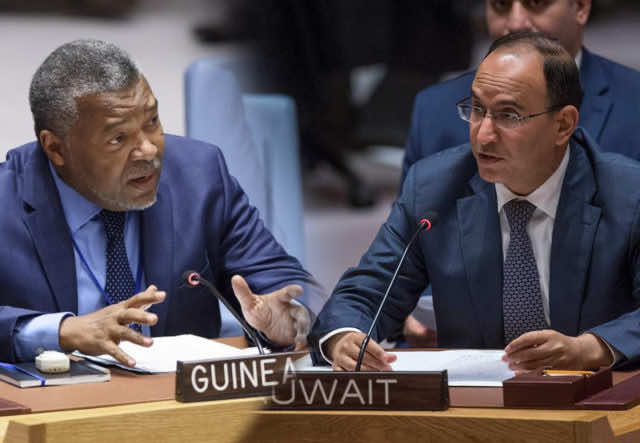 Rabat- Kuwait and Guinea Bissau have both reiterated support for Morocco’s territorial integrity at the 4th Committee of the United Nations General Assembly.

Al-Otaibi emphasized the need to respect Morocco’s sovereignty and expressed his country’s support for the UN Secretary-General, Antonio Guterres, and his personal envoy, Horst Kohler, in working towards an agreed upon and mutually acceptable solution to the Sahara conflict.

Al-Otaibi also indicated, in his address to the members of the committee, Kuwait’s favourable position towards Security Council Resolution 2414.

In a similar speech, Da Silva backed Morocco’s plan and described it as having “a great potential to improve the political, economic, social, and cultural situation of the Sahara region.”

Da Silva also reiterated his country’s support for the UN’s political strategy under the leadership of the Secretary-General and his personal envoy and Resolution 2414.

Both representatives welcomed Kohler’s invitation to all parties to roundtable talks December 5-6 in Geneva.

The United Arab Emirates, Qatar, the Solomon Islands, and Saint Lucia have all affirmed their support for Morocco’s autonomy plan and territorial integrity at the UN 4th Committee.