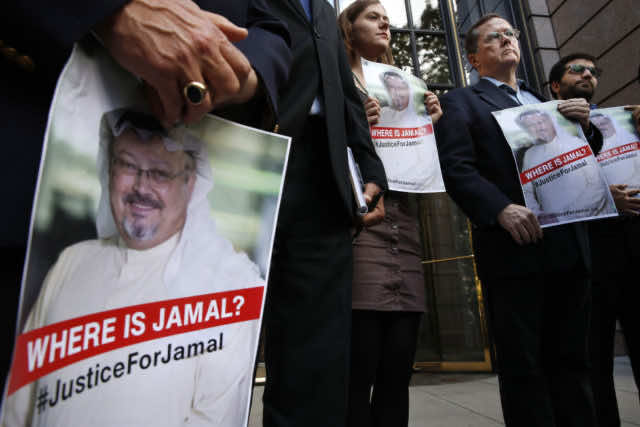 Rabat – A Turkish newspaper has reportedly obtained audio of journalist Jamal Khashoggi’s torture and murder in the Saudi consulate.

A senior Turkish intelligence official described the audio to reporters. The alleged recording further escalates pressure on both Saudi Arabia and the US for answers about what happened to Khashoggi, a prominent critic of Saudi Arabia, after he entered the country’s consulate in Istanbul on October 2.

Turkish newspapers closely aligned with the Turkish government revealed details about the recordings, coming only a day after Pompeo met with Saudi Crown Prince Mohammed Bin Salman (MBS) in a bid to de-escalate the ongoing diplomatic crisis. President Trump, for his part, has demanded any audio recording be turned over to US officials.

Trump spoke to the press earlier this week after a call with Saudi King Salman. He offered the theory that Khashoggi’s death had perhaps come at the hands of “rouge killers,” although US intelligence assessments undercut the theory.

Experts on Saudi Arabia have claimed it is very unlikely that such an operation would occur without the knowledge of high-ranking officials, such as MBS or King Salman.

Both Turkish intelligence and reporting by the Washington Post claims to have identified 11 of the 15 men who flew into Turkey from Saudi Arabia the same day as Khashoggi’s disappearance as having ties to Saudi security services.

Even more intriguing are reports surfacing on October 18 that Meshal Saad M. Albostani, one of the men suspected of playing a role in Khashoggi’s murder, has himself been killed in a car accident in Riyadh.

Experts on Saudi Arabia have claimed it is very unlikely that such an operation would occur without the knowledge of high-ranking officials, such as MBS or King Salman.

Rudolph Giuliani, a close advisor to Trump, appears to have already concluded the Saudis were involved in Khashoggi’s death. “The only question is, was it directed from the crown prince or the king — or was it a group that was trying to please him?”

Saudi Arabia and the US have long been close partners, cooperating both economically and on counterterrorism efforts across the Middle East. It remains to be seen whether Khashoggi’s killing will permanently alter the relationship.