Rabat - King Mohammed VI has called for government to increase public finance for political parties for “reflection, analysis and innovation.” Will increasing public funding bring more political efficiency or change anything at all in the political scene in Morocco? 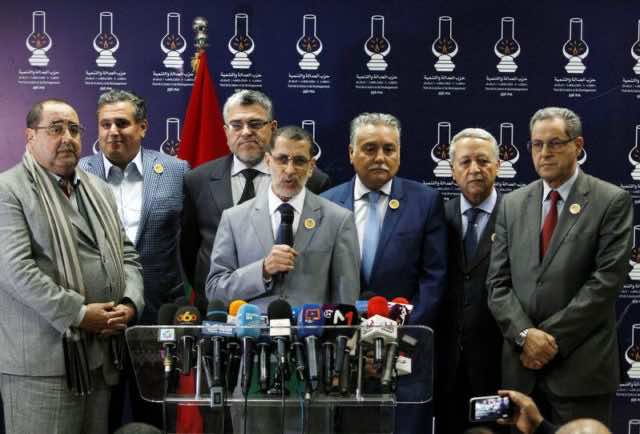 By
Tarek Bazza
-
Tarek Bazza is a journalist at Morocco World News with Master’s degree in Translation from King Fahd School of Translation in Tangier.
Oct 22, 2018
Spread the love

Rabat – King Mohammed VI has called for government to increase public finance for political parties for “reflection, analysis and innovation.” Will increasing public funding bring more political efficiency or change anything at all in the political scene in Morocco?

In his speech at the opening of the new parliamentary year on Friday, October 12, King Mohammed VI said he would increase funding for political parties.

“For this reason, I recommend increasing public finance for political parties,” he added.

“In 2011 during the Arab spring, the Moroccan state noticed the absence of political parties in the streets. This is because the parties do not have strong representation and do not play its role in mentoring youth and there is no internal innovation.”

How much do parties get in public funding?

According to the Organic Law 29.11 on political parties, the state allocates annual funds, currently MAD 60 million, to each political party, provided that it participates in general legislative elections and puts forward candidates in at least 10 percent of the local constituencies in elections of members of the House of Representatives.

In addition, the parties which receive at least 5 percent of the vote are allocated annual , distributed according to the number of seats they won and the number of votes they earned.

In election years, the state gives parties a threefold budget to run their campaigns.

The total amount of the state’s contribution to fund the 2016 elections was set at MAD 200 million with a maximum of MAD 750,000 for each political party, according to the head of government’s decision issued on August 10, 2016.

As for a potential increase in public funds to political parties that the King brought up in his latest speech, there is no official information about how much it would be increased.

The Moroccan Constitution guarantees opposition parties “the benefit of public finance, conforming to the provisions of the law.”

There are 34 political parties in Morocco, including six in the ruling government coalition.

What do parties use state money for?

Political parties believe that the move is an enhancement of the King’s confidence in parties.

Minister of Energy Aziz Rabbah, a member of the ruling Justice and Development Party (PJD) told Morocco World News that the support “shows the King’s confidence in political parties and a message to perform their duty as it should be. Political parties are basic ingredients in political and democratic life.”

Political parties state that they invest public funding to hire qualified people to do political work. The assertion is in line with the King’s call in his latest speech.

“Part of that financing should go to qualified people hired to work in fields relating to reflection, analysis and innovation,” the King said.

Abdellatif Ouahbi of the Authenticity and Modernity Party (PAM), a party in the ruling government coalition, told Morocco World News that political parties need financial support “because they lack qualified people in different domains. The idea of volunteerism and financial contributions no longer exists.”

Ouahbi added, “We need the financial support to recruit qualified people to discuss the nation’s issues because [at this point] only party members volunteer to do so. This support will enable us to have professionals rather than amateurs.”

Rabbah also said that the parties “need considerable logistical and financial support to ensure there is no influence from wealthy people. In this way, parties can be independent to invest in recruiting experts and qualified people to share their ideas and opinions.”

“Some political parties cannot cover their activities in all regions of Morocco, especially in the southern provinces, due to lacking financial resource,” El Ganbouri said.

“The support will be given to invest in competencies and enable them to renovate themselves. In return, the parties should intensify their work and be open to qualified people, especially youth,” he affirmed.

“They should also give qualified people the chance to move up within the party and not be limited to promoting opportunists.”

No excuse for lack of resources

On the other hand, El Ganbouri indicated that the financial support “will give political parties no excuse to claim lack of resources.”

El Ganbouri recalled the King’s 2017 speech when he criticized the political class and challenged it to reconsider its relationship with citizens and reconcile with society.

“Political parties are responsible for the marginalization of youth,” El Ganbouri asserted.

In his speech at the opening of the parliamentary year in 2017, the King criticized the political class’s work and asked for more efficiency.

“I do not criticize just for the sake of criticizing, nor do I let matters go unattended. What I want is for the situation to be addressed, mistakes corrected, and shortcomings remedied,” the King said.

“However, the situation today commands greater firmness in order to put an end to complacency and to disregard for citizens’ interests.”

According to Article 7 of the Moroccan Constitution, “The political parties work for the structuring and for the political instruction of the citizens for the promotion of their participation in the national life and the management of public affairs.”

However, the parties no longer rely on solely the power of ideology, one of the main factors that draws citizens in to become members. Citizens also choose not to join political parties because they lack confidence in the parties.

Lack of credibility might be the greatest weakness that parties suffer from when it comes to attracting citizens to become members.

No real work on the ground

Despite the public finance for political parties, their role in increasing political participation has not been fulfilled in reality. The gap between party elites and people on the street has been widening year by year.

Public funding for political parties is “an opportunity to pump out more public money for ‘nothing’: to buy or rent spider-domed premises, to hold meetings with empty chairs, to produce unread newspapers and unseen websites, to run election campaigns with illusive programs and empty promises to citizens,” Elaalam told Morocco World News.

Elaalam imputed the weakness of the parties to lack of public support because of the parties’ disregard for public interest and their disappointing performance.

“If the parties are doing their job properly, they will deserve all the support, whether official or popular,” Elaalam said.

“If the parties were strong, they would not need support because they would have public support from their popular bases. But when they moved away from the public interests and turned into ‘cartels’ of interests, they bet on their position within state institutions instead of betting on the people’s satisfaction and support.”

Public financial support for political parties is subject to accountability according to the law.

In Morocco, the High Court of Auditors controls and audits public funding.

According to Article 147 of the Moroccan Constitution, the Court of Auditors audits the accounts of the political parties and verifies the regularity of electoral spending.

El Ganbouri believes the state should follow up and monitor political party spending “because it is public money.”

In contrast, some party members assert that they should govern their own spending of state money.

In the view of Minister Rabbah of the PJD, “Political parties should have good financial governance and adopt expertise and competence criteria in the recruitment process.”

Ouahbi of PAM shared the same opinion, saying, “Political parties should wisely use the money and should not again [hire] members of their families and friends into the party. It will also make parties avoid seeking financial support from foreign sponsors.”

However, El Ganbouri stressed, “The political parties which misuse the financial support and do not value their responsibility are the same parties which promote corruption and nepotism.”

For the political analyst Elaalam, the political parties have not achieved anything with the support they have received for decades. He also questioned how the funding’s use would be assessed and the outcome of the support.

“Have the parties achieved their objectives or rather have they already had goals outside of official institutions?” he wondered.

With low public satisfaction and confidence in political parties and the continuous failure of the parties to encourage youth to be politically involved, it is unlikely Morocco’s political scene will witness a significant change, regardless of an increase in public funding. 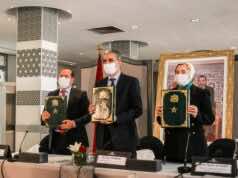