Rabat - After investigating the October 16 Bouknadel train accident, the public prosecutor of Sale’s Court of First Instance has blamed the driver for going 158 kilometers per hour.

Rabat – After investigating the October 16 Bouknadel train accident, the public prosecutor of Sale’s Court of First Instance has blamed the driver for going 158 kilometers per hour.

The public prosecutor said today in a statement that he is charging the driver with accidental murder and injury of passengers.

The public prosecutor noted that the speed limit on the stretch of track where the train derailed was only 60 kilometers per hour.

The driver risks a prison sentence ranging from three months to five years and a fine from MAD 250 to 1,000.

After the accident, news outlets reported that the driver was seriously injured.

The prosecutor’s statement added that the misdemeanor and punishment of the charge is in accordance with Acts 432 and 433 of the criminal code. The prosecutor referred the driver to the Court of First Instance in Sale. 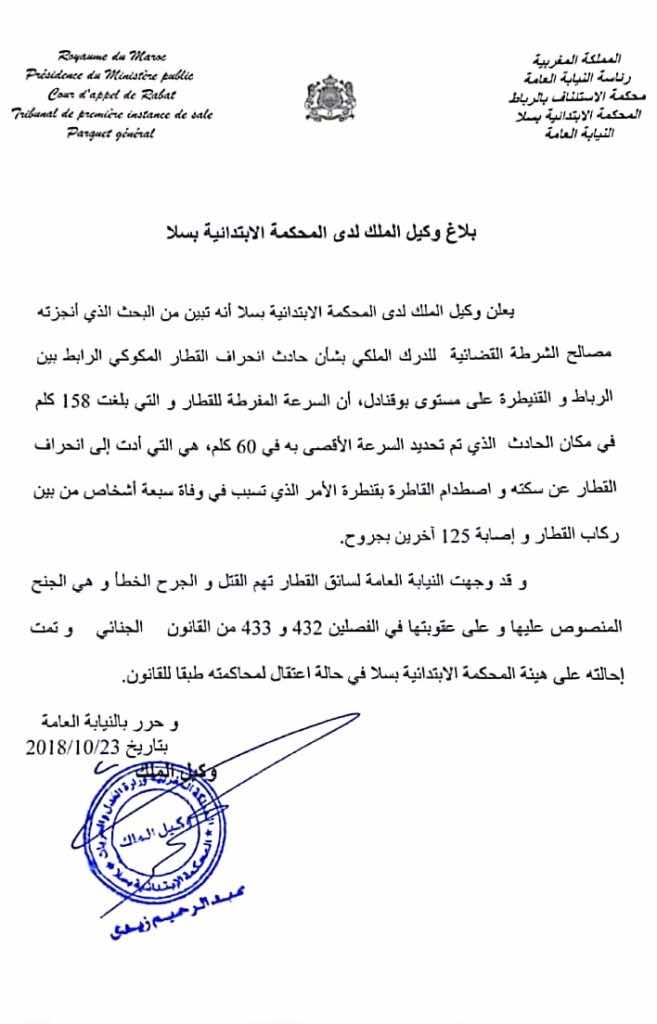 Seven passengers died and 125 were injured when a train heading to Kenitra from Casablanca derailed near Bouknadel, north of Sale.

One of the employees stated that a problem on the track was noticed four days before the accident, October 12, but ONCF did not properly communicate the reduced speed limit to drivers or take it into consideration.