Rabat - Three months after giving his annual report, President of the Court of Auditor Driss Jettou has once again warned Morocco about the risk of social disparities and debt challenges. 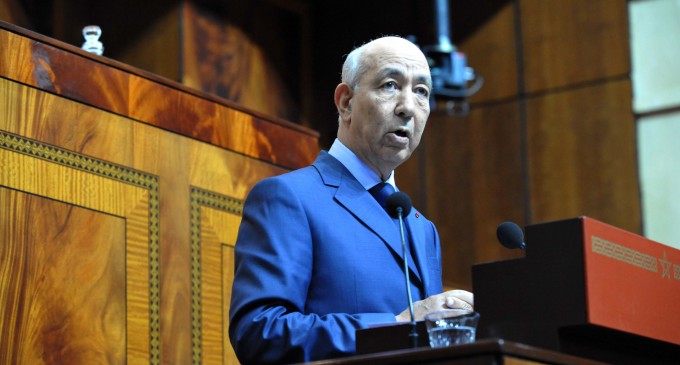 Rabat – Three months after giving his annual report, President of the Court of Auditor Driss Jettou has once again warned Morocco about the risk of social disparities and debt challenges.

On Tuesday, Jettou gave a presentation about Morocco’s financial performance and social disparities in a meeting chaired by the speakers of the House of Councillors and the House of Representatives, Abdelhakim Benchamach and Lahbib El Malki, respectively.

Jettou said that despite Morocco’s efforts in the social sphere and its numerous social programs, Morocco has not yet been able to reduce the disparities and poverty across the country.

Jettou’s warning speech comes at a time when the government is pledging new reforms to curb social challenges, including employment.

It also followed the passing of the 2019 Finance Bill, on which King Mohammed VI emphasized the need to prioritize social programs during a ministerial council.

Jettou also urged the government to reduce the treasury’s debt, which reached MAD 692 billion by the end of 2017, according to Jettou’s report on the activities of the financial jurisdictions.

He called on the government to broaden the tax base, control spending,  accelerate growth to reduce debt, and ensure the ability to meet the debt burden over the medium and long-term.

Jettou said that both internal and external debts increased significantly between 2016 and 2017. According to Trading Economics, Morocco held MAD 492 billion in external date by this summer

On Monday, Minister of Finance and Economy Mohamed Benchaaboun proposed measures to increase revenues and to help reduce the budget deficit to 3.3 percent of GDP in 2019.

Benchaaboun proposed the privatization of public companies and an increase on tobacco taxes to reduce the budget deficit.

The Court of Auditor suggested that investments might also help reduce social disparities and lack of resources. Jettou said that in 2017, the volume of public investment amounted to MAD 188.3 billion. The state had contributed MAD 66.8 billion, public companies MAD 106 billion, and territorial communes MAD 15.5 billion.

Jettou called for the end of the arbitrary distribution of resources, saying that budgets should take into consideration the direct impacts of the allocation on the social sphere.

Jettou called for a “mobilization and an optimal management of these resources” to meet the demands of citizens and prioritize social plans.

The report found serious irregularities in Morocco’s health sector. Several hospitals operated without strategic objectives and organizing the supply of care, equipment, and infrastructure, according to the report.

For education, the court found that Morocco’s schools do not achieve even basic standards.

At the request of King Mohammed VI, who called for reforms in the sector, the government has slightly increased the budget for the two sectors in the 2019 Finance Bill.

The budget has allocated MAD 68 billion for education, an increase of MAD 5.4 billion from 2018.

For the health sector, the government allocated more than MAD 16.3 billion, up 1.6 billion from the 2018 bill.