Rabat - As the Western Sahara conflict shows signs of improvements under newfound UN resolve, Washington should both push for diplomatic breakthrough and vouch for Morocco. 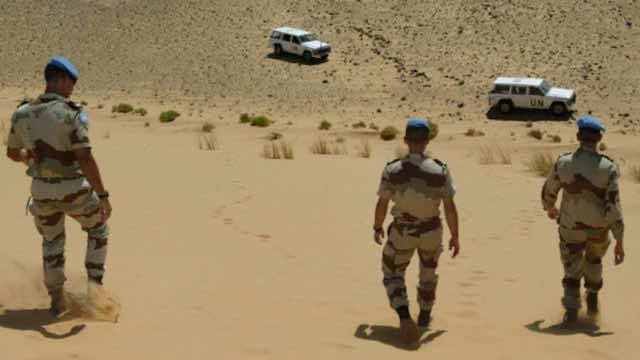 Rabat – As the Western Sahara conflict shows signs of improvements under newfound UN resolve, Washington should both push for diplomatic breakthrough and vouch for Morocco.

That recommendation is the takeaway of a recent analysis by Dr. Sarah Feuer, a Near East and Arab politics specialist at the Washington Institute.

Feuer wrote that the Trump administration needs to be cautious on the Western Sahara question and delicate in its foreign policy towards Morocco, a historical ally. At the same time, it cannot look unforgivably one-sided to Algeria and Polisario, two important stakeholders.

Since its establishment in 1991 to contain the escalation of hostilities and supervise the yet-to-be-held referendum, MINURSO, the UN peacekeeping mission in Western Sahara, has traditionally had its mandate renewed by one year. In April this year, however, the Security Council unprecedentedly gave the body a six-month extension.

According to Feuer, the Trump administration’s keenness on upending the status quo to get quick results was a main factor behind the UN’s untraditional move to vouch for six months, rather than one year. “The shortened timeline was intended to nudge the parties back to the negotiating table,” Feuer wrote, citing a US representative at the UN.

However, she cautioned, while the move seems to have borne fruits—UN Personal Envoy Horst Kohler has surprisingly succeeded in convincing all parties to talk in early December—there is a lot more left to do to ensure that the momentum is kept and capitalized upon.

Instead of focusing on instant gratification by committing parties to the negotiation table by any means, Washington should play more diligently, she wrote. “Delicate diplomacy,” as Feuer called it, requires aiming “for the sweet spot of encouraging diplomatic progress without undermining alliances that are essential to this progress.”
Reassuring Rabat

But how does that diligence translate into diplomatic action? Through a policy of “weighing risks and rewards,” Feuer’s piece answered.

“Delicate diplomacy” in the Western Sahara question, the article explained, requires keeping in sight the broader picture. The goal is brokering a sustainable political settlement between Morocco and Algeria-backed Polisario, securing American strategic interests in the region, and upholding Moroccan interests (national integrity).

Washington needs to reassure Rabat that its alliance is not taken for granted by American policymakers, and that it matters to the US to have Rabat by its side in the muddy landscape of North African politics.

In early May this year, Morocco severed diplomatic ties with Iran, citing Tehran-backed Hezbollah’s military involvement with the Polisario Front.

Rabat’s move to give Tehran a cold shoulder came with a pile of justifications that put forward the sanctity of Morocco’s national integrity.

Feuer, nonetheless, suggested that, minimally at least, the move can be also interpreted as a further proof of Morocco’s commitment to its strategic alliance with Washington, given the ongoing feud between the US and Iran. Washington should return the favor to reassure Rabat that the importance Morocco attaches to its American ally has not gone unnoticed, she proposed.

But the US should be more reciprocal in its dealings with Rabat for another reason. Losing Morocco’s support would amount to losing the leverage and diplomatic momentum to nurture the de-escalation necessary for a politically negotiated and mutually acceptable solution in Western Sahara.

To reassure Rabat, the US Congress should move to confirm David Fisher, Trump’s nominee for ambassador to Rabat. More crucially, perhaps, following Moroccan foreign affairs minister Nasser Bourita and US Secretary of State Mike Pompeo’s September meeting to discuss Western Sahara, “a more consequential move would be to invite King Mohammed VI to the White House.”