As the international community pushes for a political settlement in Western Sahara, Morocco’s foreign minister has expressed optimism about Morocco-Mauritania relations. 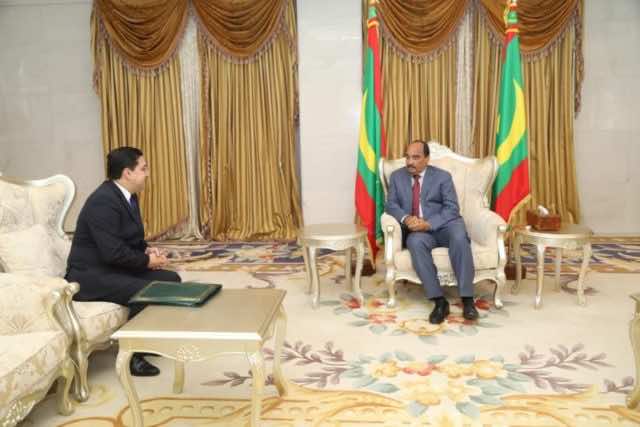 “Nothing will be like before,” Al Ahdath quoted foreign minister Nasser Bourita as saying. The Moroccan minister was referring to Mauritania’s growing role as an important stakeholder in the Western Sahara dossier.

Bourita’s remarks came just hours after his meeting on Friday with Mauritanian President Ould Abdelaziz. Bourita, on a state visit to Nouakchott, Mauritania, extended a “special royal message” to the Mauritanian president, according to reports.

Bourita, as quoted by the daily, expressed great satisfaction with his visit to the Mauritanian capital. He highlighted the friendly atmosphere of his meeting with the Mauritanian leader. According to Bourita, both countries are willing to set the stage for critical diplomatic gains in regional affairs.

He asserted, “There is sincere political will on both sides to impart a new dynamic to bilateral relations in all domains.”

Bourita said that his discussion with Ould Abdelaziz was constructive. They “warmly and candidly” spoke about regional matters, especially recent developments on political and security fronts.

Indirectly addressing Mauritania’s role in the expected political settlement in the region’s longest dispute in Western Sahara, Bourita stressed that the next months will witness unprecedented diplomatic overtures. “In the near future there will be important changes in line with the new [bilateral] dynamic.”

The Al Ahdath report is not the first time Bourita has expressed optimism about political settlement prospects in Western Sahara.

In a recent interview with French outlet Le Monde, the head of Moroccan diplomacy said that he expects all parties in the Western Sahara dispute to be more pragmatic and ready to make concessions.

He argued that the path chosen by UN personal envoy for Western Sahara Horst Kohler will push all stakeholders towards “more actions and less rhetoric.”

In an interview with Al Ahdath earlier this year, Sidi Mohamed Ould Maham, Mauritania’s communications minister and government spokesperson said, “If Morocco takes one step forward towards Mauritania, you should rest assured that Mauritania will take ten steps forward.”