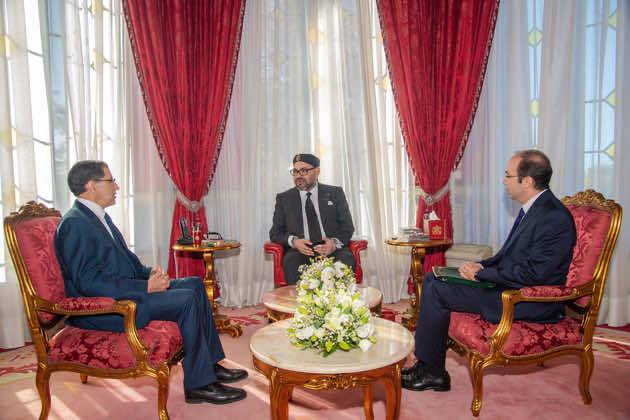 By
Ahlam Ben Saga
-
Ahlam Ben Saga is a Cultural Studies graduate from university Mohammed V of Literature and Humanities in Rabat.
Nov 8, 2018
Spread the love

Rabat- El Othmani and Doukkali informed the King of the first steps the inter-ministerial commission has made to improve the Medical Assistance Plan (RAMED) in a meeting at the Royal Palace of Rabat.

The King noted the inconsistencies affecting RAMED’s implementation and the need to rectify the country’s ailing healthcare system.

In his Throne Day speech, July 29, the King urged ministers to focus on RAMED, suggesting that they should collectively work to correct the country’s health system “characterized by blatant disparities and poor management” and bring positive change for Moroccans.

The King pledged to personally supervise the project and remove anything that might hinder its progress.

The government plans to cover 90 percent of the Moroccan population with health insurance by 2021.

RAMED, which has been in place for six years, and Compulsory Health Insurance (AMO) cover only 60 percent of Moroccans.

More than 25 percent of Moroccans (8.5 million) do not have access to medical care, especially the poor who live in rural areas, according to the World Bank 2017 Economic Memorandum.

The quality of healthcare is also affected by the many qualified doctors who emigrate because of the lack of proper infrastructure.

In his speech on the opening of the legislative year, October 12, the King proposed that foreign investors in the Moroccan healthcare system share their professional expertise to benefit the country’s youth and increase employment opportunities in all sectors.

The King said the proposal would be a win-win because the King suggested opening jobs which are “currently unlicensed for foreigners in the health sector.”