Palestinian factions and Israel’s government have agreed to an Egypt-brokered ceasefire, ending the worst bout of violence in nearly two years.

Rabat – The violence, which erupted on Monday and stretched into Tuesday, was set off by a botched Israeli commando raid into Gaza on Sunday night which killed seven Palestinians, among them a Hamas commander. One Israeli soldier was also killed in the fighting.

In response to the raid, Hamas, the group administering the Gaza strip, and other militant factions launched more than 400 projectiles mostly aimed at the southern Israeli cities of Ashkelon and Sderot, killing one and injuring 18 others.

Israel retaliated with dozens of airstrikes aimed at military targets and other structures used by Hamas, damaging several homes in the process. Reports from inside Gaza also stated Israel target the buildings housing the Al-Aqsa television channel and Al-Amal Hotel.

A right-wing member of Prime Minister Benjamin Netanyahu’s coalition government confirmed the rumors of Israel’s agreement to the ceasefire, although the member himself insisted he was against such an agreement. The announcement angered residents in Sderot who took to the streets in protest, lighting tire fires and chanting “Disgrace!” and, referring to Netanyahu’s nickname, “Bibi go home!”

The fact that Israeli officials were reluctant to publicly state their decision demonstrates the balancing act the government has had to strike while attempting to reach a long-term agreement with Hamas, which Israel views as a terrorist group.

According to the Washington Post, “Analysts say that the two sides are not interested in another round of conflict but that both are grappling with internal pressure to show strength.”

The outline of the deal, being brokered by Egypt and funded by Qatar, includes much needed economic relief for Gazans in exchange for Hamas clamping down on border demonstrations, which made international headlines earlier this year. 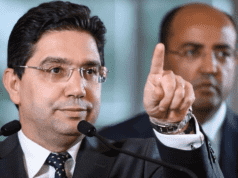 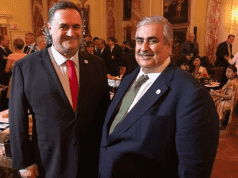