French tacos have become a popular trend in the past few years in Morocco, but what do Moroccans really know about tacos? Not much. 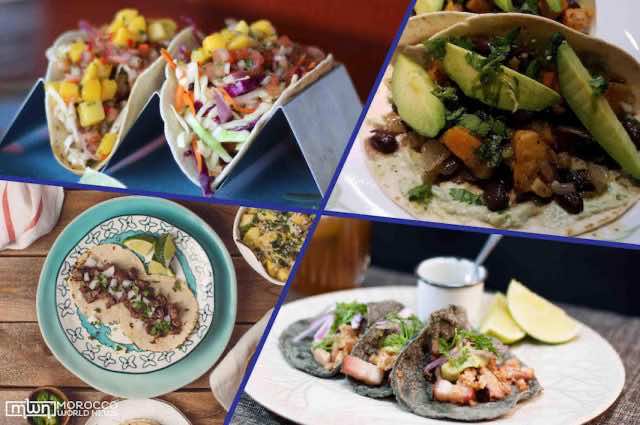 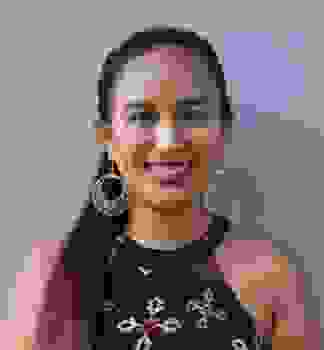 By
Selena Rincon
-
Selena Rincon studied Middle Eastern Studies and French literature at Harvard University where she decided to focus on the North African region.
Dec 1, 2018
Spread the love

Rabat – When asked by Morocco World News about her experience with French tacos, Asmae, a 23-year-old Moroccan working in Rabat said: “When I thought it was the real taco, I was so disappointed. I thought that Mexican food is not that great.”

The first time she tried a French taco, she was under the impression that it was a traditional Mexican dish, a sentiment that is common among Moroccans.

There is a beauty in the fusion of cultures, especially when those countries are separated by an ocean, yet their cultures blend. Isidro Salas, the founder of the podcast Ten Thousand Tacos spoke to Morocco World News, and stated, “I do believe in the spirit of openness and sharing of what different cultures have to bring.”

Mexicans and Moroccans are welcoming societies that could create a delicious fusion of foods—with the French taco, that is not the case.

The French taco may use a flour tortilla as its base, but that’s as close as it gets to being a real taco. Even then, the flour tortilla is not representative of what most Mexican tortillas taste or feel like.

The tortilla is a staple of Mexican food and the foundation of a true Mexican taco. Its existence dates back thousands of years before Christ. The Aztecs relied heavily on corn as a part of their diet and they used it to produce corn dough, which led to the creation of the tortilla.

The Nahuatl name for the flat corn breads produced by the Aztecs was tlaxcalli, but the Spanish gave it the name “tortilla,” which means “small cake.” Flour tortillas have traditionally been more popular in Northern Mexico and the US-Mexico border.

Tacos can have different fillings including beef, pork, chicken, and seafood. They are usually served with salsa, cilantro, tomatoes, onions, and lettuce. Tacos al pastor are made of pork on a spit similar to the one used for shawarma. These tacos were created by Lebanese immigrants in Mexico in the 1960s. 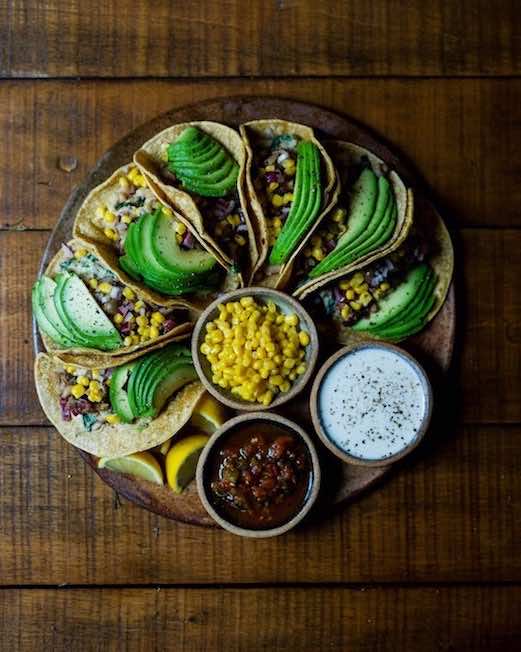 Other popular tacos are the tacos de canasta (basket tacos) which are placed in a cloth-covered basket, which keeps them warm and softens the tortilla. Vegetarians can eat tacos filled with potatoes, cheese, and peppers.

With the spread of Mexican culture in the United States, other variations of the taco have been created. For example, the American chain restaurant Taco Bell serves Americanized versions of Mexican food and primarily uses flour tortillas instead of corn tortillas. Unfortunately, Americans also fall prey to misrepresentations of Mexican food and Taco Bell was recently voted the number one Mexican restaurant in the US.

That’s probably because the poll voters have not been fortunate enough to visit a real Mexican taqueria.

A taqueria can be a sit-down restaurant, a food truck, or in the case of basket tacos, a man carrying a basket. Taquerias will provide a variety of tacos, which you can customize based on what toppings or kind of meat you want.

In Texas, Tex-Mex is the mixture of Texan and Mexican cuisine. Tacos can have a hard-shell (an American invention) or a soft shell, and typically include shredded cheddar cheese. Other states along the Mexican-US border have their region specific variation of Mexican food.

So if the French tacos looks nothing like a real taco, why do they call it a taco?

Daniel Shkolnik of Vice News writes that “[t]he name works as a kind of marketing bait-and-switch, drawing people [in] with the promise of a Mexican culinary icon and then selling them something completely different.” 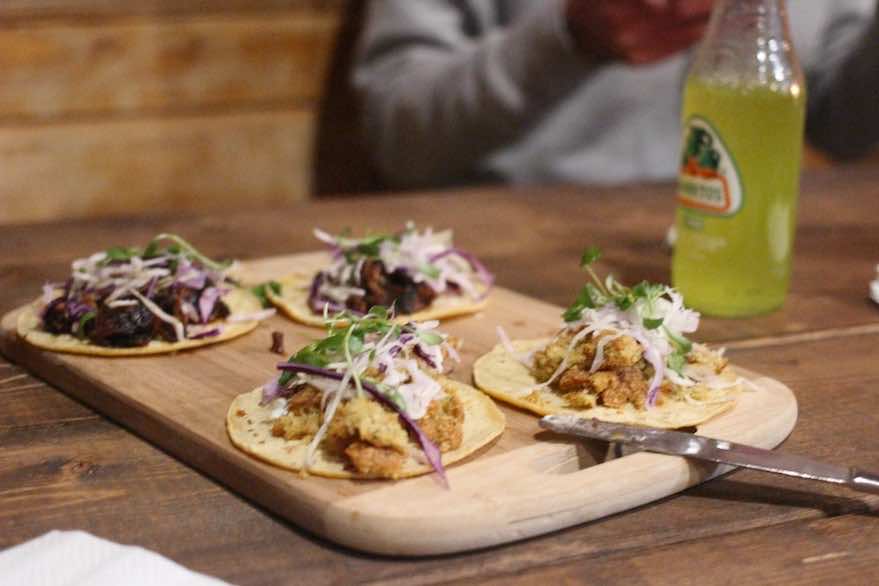 When people hear that a restaurant offers tacos, they might be inclined to try them if they believe that the food is Mexican or, at least, Mexican-influenced. Yet, the only part of the taco that can have some tie to Mexican culture is their use of a flour tortilla. Even then, it’s quite a different type of flour tortilla than what you will find in Mexico.

Speaking to Morocco World News, Jamal Hadil, a 22-year-old working in Rabat, said that he loves to eat French tacos for lunch but stated, “Fortunately, I had the chance to try a real Mexican taco made by a Mexican family and I just want to make one thing crystal clear, the only thing about the French tacos that seems to be a little bit close to Mexican food is the tortilla wrapping (but not really that close).”

The French taco originated in the mid-2000s with a kebab restaurant owner in Vaulx-en-Velin, a suburb in the city of Lyon. French tacos consist of a type of meat, cheese sauce, French fries, and an additional sauce created by the restaurant.

Moubarik Abdelhadi opened the first French taco restaurant in Morocco, Tacos de Lyon, in 2011. Now they have 22 restaurants throughout Morocco, with six more expected to open. The French taco has become the star of the fast food culture in Morocco.

Salas, who began his podcast as a tribute to his parents, refers to the French taco as a “travesty” and “not a real thing.” Salas’ parents earned a living selling tacos in California, and today he works to to educate people not only about the Mexican taco, but of Mexican culture. 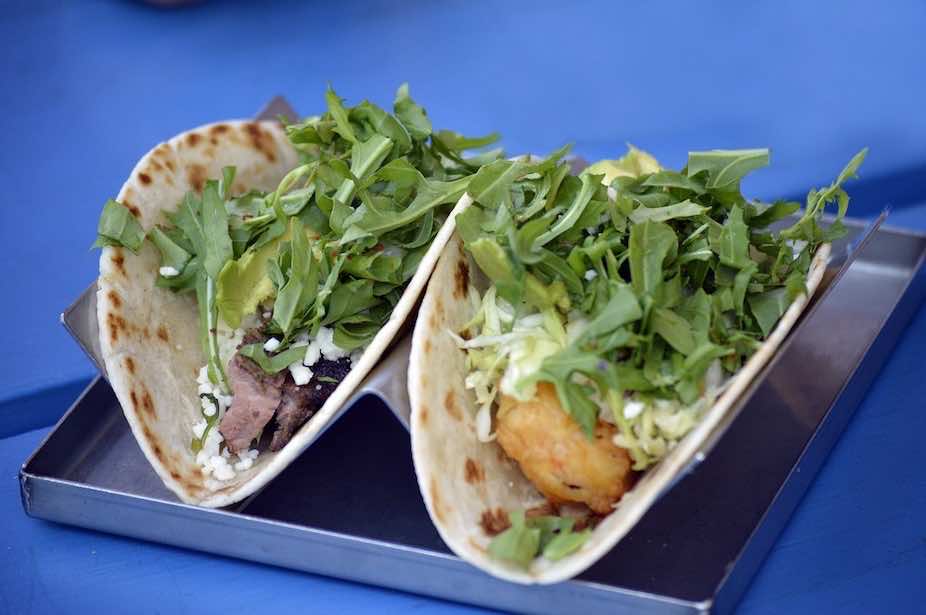 Comparing the use of the word “taco” to music, he stated: “For example, in music, when someone does a cover of a song but fails to recognize where that came from—to me that’s a problem. It’s actually disrespectful.” In the same way that there is an appropriate way to cover music, there is an appropriate way to share Mexican cuisine and create fusions between different cultures.

While many restaurants in Rabat don’t actually advertise French tacos as Mexican food, you can still find quite a few restaurants that decorate their walls with pictures of real Mexican tacos and there are even a couple of restaurants that have the word “Mexico” in their names.

Clearly, some restaurants are still trying to maintain a tie between the Mexican and the French taco, or at least they believe that such a tie exists.

This is not difficult to do since there is a lack of Mexican food in Morocco. While there are a few Mexican restaurants in Casablanca and other major cities, they are not common in the way French tacos are. Even then, the few places that serve Mexican food more closely resemble Tex-Mex food. The closest you may come to real Mexican food can be by visiting the Mexican nuns that live in Casablanca.

The nuns have been living in Morocco for many years and while they don’t have a large variety of foods, you can buy homemade corn tortillas as well as some traditional Mexican dishes, like flautas and enchiladas (dishes that include corn tortillas). They cook everything with products they find in Morocco, rather than importing products from Mexico. This shows that it’s possible to cook Mexican food with Moroccan products and that Mexican food that can be halal, since many Mexican dishes traditionally use pork products.

Salas unequivocally believes that the French taco is a misrepresentation of Mexican cuisine, and similar to Shkolnik, he sees the use of the word “taco” as a way to attract patrons by letting them believe they are experiencing something more Mexican than it really is.

When speaking to him, he referred to the use of the label “taco” as something that “leads to a lot of disrespect.” Rather than using this opportunity to introduce a different culture to Morocco, companies use the name “taco” to create massive chain restaurants and profit from the misrepresentation of the taco.

“I cannot deny that when something like the word TACO gets to the other side of the world, it should bring with it the spirit of culture exchange,” argued Salas. That is not the current situation. It can be beneficial to bring Mexican culture and cuisine to other parts of the world but the rise in the popularity of the French taco does none of that. There is no cultural exchange occurring when advertising the French taco.

Rob Gokee’s podcast, Tacocity, follows the stories of the chefs, immigrants, and restaurants that produce different styles of tacos.

Chef Farid Zadi has the restaurant Revolutionario in Los Angeles that produces a fusion between North African and Mexican cuisine. His dishes include corn tortillas and traditional Mexican dishes like pozole while adding a North African taste with tagine and lamb. He is considered the “first North African taqueria in the world.”

The fusion of different cuisines is not a new concept and it should be encouraged in order to create bridges between the different cultures, but there should always be a standard of respect and adequate representation.

If a Moroccan says that they love Mexican food, it shouldn’t be because they have tried the French taco but because they visited an establishment that has tried to offer an adequate representation of Mexican cuisine, even if it has a Moroccan twist. 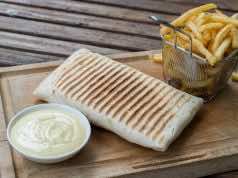 The Tacos of Morocco: Food Without a Nation 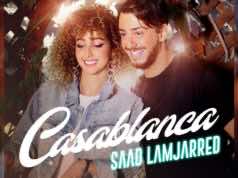