Morocco’s ONCF has decided to extend the period of free parking at Morocco’s new train stations, which can hold 1,800 cars.

Rabat – In the wake of the high-speed train (LGV) launch in Morocco, the National Railway Office (ONCF) has decided to extend its offer of free parking at the new train stations until December 9 instead of November 30. 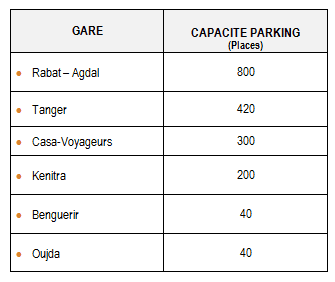 The parking lots are currently free of charge until December 3, announced ONCF.

The set ticket price for parking, after the free offer ends, will be MAD 3 per hour. For a monthly subscription, customers can pay MAD 300.

The parking lots are under surveillance and are supervised by security guards 24 hours a day.

ONCF offered free rides during the first week of the inauguration of the high-speed train, called “al-Boraq,” the first in Africa.

The train departed for the first time from Tangier with King Mohammed VI and Macron taking the first ride.