Qatar is increasingly becoming an international donor, but Doha’s largesse is facing backlash in Palestine.

Rabat –Following Palestinian authorities’ failure to pay civil servants, Qatar stepped up in the name of “Arab and Muslim fraternity.” But the Gulf nation’s financial activism has met reluctance in some Palestinian leadership circles.

Qatar, which is increasingly establishing itself as an international donor, recently pledged a $90 million salary assistance package to mitigate the dire economic conditions of Palestinian civil servants.

The Qatari funds reportedly helped ease the dire socio-economic conditions and the financial meltdown which Israel’s blockade has inflicted on the Gaza strip.

According to Qatari sources, the salary disbursement went to 27,000 civil servants out of the 40,000 Hamas has hired since 2007.

But, Reuters added, Qatar’s intervention created some unhappy quarters in Gaza. A group of young Gazans stoned Mohammed Al-Emadi’s bodyguard’s car, while others complained that Doha’s intervention is happening under Israeli monitoring.

On Tuesday, the Jerusalem Post reported that the circles of unhappy Palestinians, backed by Hamas’ rival Palestinian authority, have called for Qatar’s Gaza representative to be sent out of the territory.

According to anti-Qatar protesters, the Gulf nation’s financial activism in the Gaza strip aims to create a “separate Palestinian political entity.”

But the harsh criticism targeting Doha is not just about the Qatari salary disbursements to Hamas-controlled Gaza Strip. Qatar is also aiming to build an international airport in Gaza, in defiance of the Israeli blockade.

While many Palestinians and Palestine-supporting voices around the world welcomed the move, the Palestine Liberation Organization (PLO), widely considered a staunch political adversary to Hamas, has discredited Qatar’s benevolent intentions.

In PLO-loyal Palestinian circles, Doha is a divisive force rather than a “savior” or supporter of the Palestinian cause. They accuse Qatar of using its financial assets to further its own agenda in impoverished Palestinian territories.

Mahmoud Al-Zaq, a senior representative of the Palestinian Popular Struggle Front, a PLO-affiliated group, said: “The Qatari funds have prolonged the life of the Palestinian split [between the West Bank and Gaza Strip] and seek to turn it into separation.”

But Qatar’s Gaza-oriented diplomatic activism is hardly a one-off, given Doha’s increasing reputation as the donor of Muslim countries in need of financial help.

Earlier this year, while Turkey’s economy was on the brink of financial collapse due to American economic sanctions, Qatar pledged $15 million to assuage the consequences of Washington’s sanctions.

Back then, too, Qatar’s move was seen by some observers as a pay-back move in recognition of Turkey’s stance during the latest Gulf crisis, rather than a generous action to help a “brotherly Muslim” country.

“We stand by our brothers in Turkey that have stood with the issues of the Muslim World and with Qatar,” Qatar’s Sheikh Tamim tweeted.

Meanwhile, Qatar has not responded to the accusations facing its actions in Gaza. 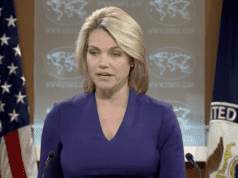 US Casts Doubts on Saudi and Emirati Allegations Against Qatar

Erdogan on Qatar Crisis: “It’s as if a Death Penalty Has Been Taken for Qatar” 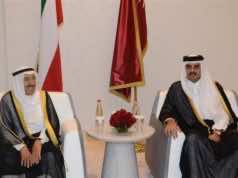 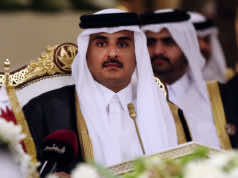 The Qatar Crisis: What Does It Mean?