Rising above the lack of youth political participation in the Netherlands, a young Dutch man of Moroccan origin endeavors to become the youth mayor of Amsterdam.

Rabat – Speaking with Morocco World News, Achraf El Johari, 22, shared his story of ambition to win the election for youth mayor of Amsterdam.

El Johari recently obtained his bachelor’s degree in law studies and is currently pursuing a master’s degree in private law.

To him, most of the problems that young people face in Amsterdam “are not visible on the political agenda because there is no youth representation in politics.”

El Johari told MWN that youth in the Netherlands “have little to no interest in local politics.”

However, he said, “young ‘Amsterdammers’ (person from Amsterdam) do not have the privilege to be apolitical.”

From here, his youth mayor campaign was born. He wanted “to close the gap of Youth representation in our democracy.”

As an “Amsterdammer” whose parents are originally from Driouch near Nador in Morocco’s northern Rif region, El Johari is faced with several “uncertainties.”

Among the issues that many of his peers experience, especially from non-Dutch families, is racism.

El Johari explained that Amsterdam, as the busy capital city it is, is “growing fast and gentrification is taking place.”

“Because of that,” El Johari continued, “there is no place for young Amsterdammers without a big bag or money. Simply because we cannot afford housing.”

El Johari expressed that, unsurprisingly, “12% of the youths between 12 and 25 years old need psychological help.”

El Johari is now marching towards his ambition, along with two other youth mayor candidates, Joshua de Roos and Avianka Aventurin.

After the voting period ends on February 15, the city will announce results for the winner on February 18 during an Award Gala at the De Meervaart Theater in Amsterdam. 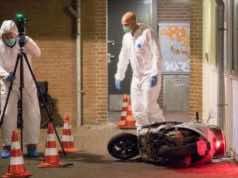 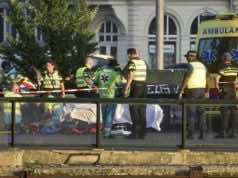 Vehicle Slams into Pedestrians in Amsterdam 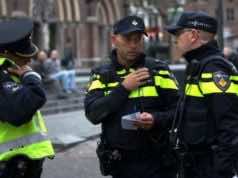