El Othmani is feeling positive about the Spanish royal visit to Morocco. 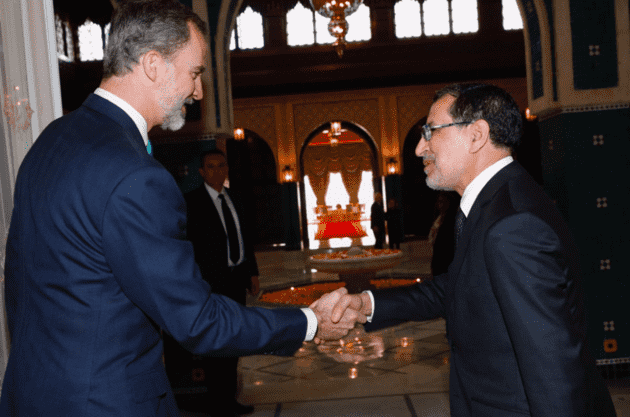 Rabat – King Felipe VI of Spain, who is currently in a visit to Morocco, received Morocco’s Head of Government Saad Eddine El Othmani today in Rabat.

The Spanish King and Morocco’s head of goverment spoke about cooperation linking the two strategic partners.

At the end of the meeting, El Othmani told the press that the emphasis had been placed on the development of bilateral ties.

He added that the visit of the Spanish monarch would give a strong boost to Moroccan-Spanish cooperation, especially after the signing of the 11 agreements.

On Wednesday, Moroccan and Spanish officials inked 11 agreements on several areas, including on culture and security.

El Othmani expressed the wish that bilateral ties between both countries will be further consolidated in areas like scientific research and culture.

King Felipe also met with the speaker of the House of Representatives, Lahbib El Malki today.

El Malki said that the meeting was an opportunity to discuss the bilateral ties, emphasizing that the visit of the Spanish royal family is another milestone to further promote Moroccan-Spanish cooperation in the various fields.

Both El Malki and King Felipe VI also welcomed the “positive role” played by Spain, particularly in the adoption of the EU-Morocco fisheries and agriculture agreement.

“This political orientation demonstrates once again the excellent level of the relations between the two kingdoms.”

The Spanish King also received the president of the House of Councillors, Hakim Benchamach.

The Spanish King and Queen Letizia arrived in Morocco on Wednesday.