Morocco’s DGSN has accused Casablanca police of not strictly applying the law against an abusive employer of a minor.

Rabat – The General Directorate of National Security (DGSN) said in a statement that it ordered the Casablanca Prefectural Police to investigate following a media report about an underage Moroccan worker who suffered torture at the hands of the minor’s employer in Casablanca.

The DGSN stated that it immediately reacted to the reporting of the incident and judged that the police officer in charge of the case did not abide by the Penal Code criminalizing the torture.

The DGSN will conduct medical tests on the minor and start the legal procedures against all those involved in the case.

According to Articles 231-1 and 231-3 of the Moroccan Penal Code, “any act of torture or intentional causing of pain or acute physical or mental suffering to a person by a public officer for the purpose of intimidating, pressuring him/her” is punishable by imprisonment from 10 to 20 years and a fine of MAD 20,000 to 50,000.

The region of Casablanca-Settat has the highest rate of child labor, employing 25 percent of children who work across the country according to Morocco’s High Commission for Planning (HCP) report in 2018 on World Day Against Child Labour. 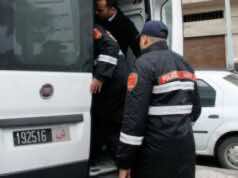